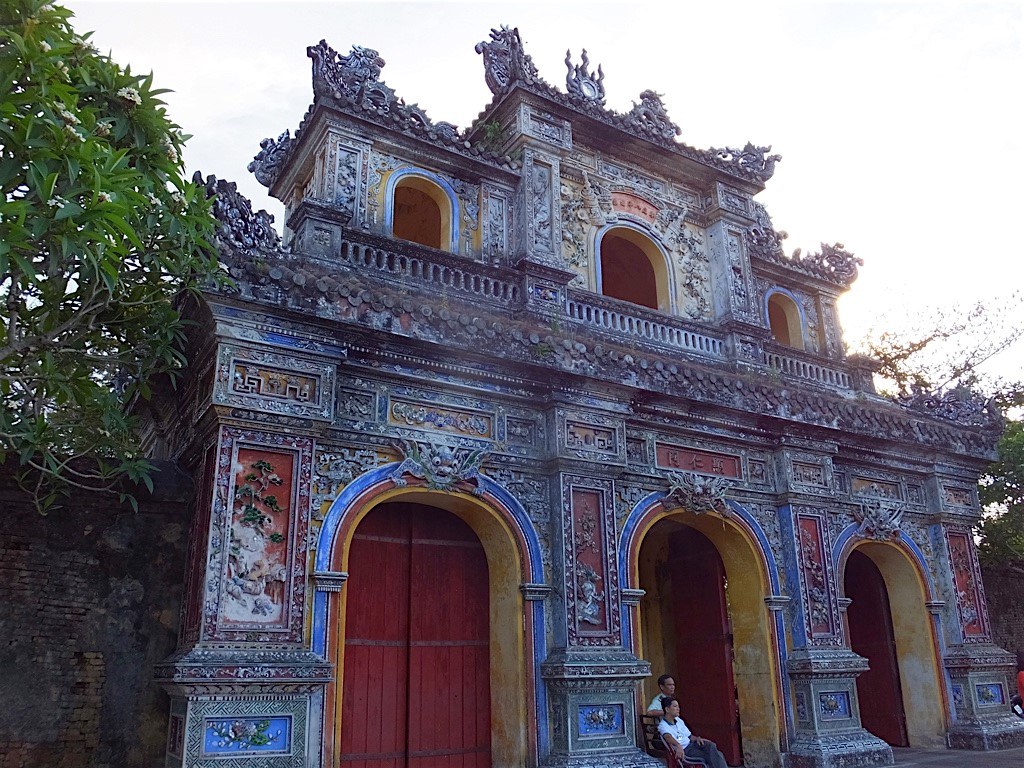 Top 5 cultural things to do in Hue

The ancient city of Hue in Thua Thien-Hue Province, central Vietnam is often overlooked by travellers short on time in favour of its neighbour Hoi An. Hue has been referred to as one of the most beautiful cities in the world, and there are a multitude of places to see and things to do; its appeal shouldn’t be underestimated.

Most foreigners prefer Hoi An to Hue, but most locals prefer Hue to Hoi An; in our eyes, that makes it well worth a visit!

Described by many as the geographical and spiritual heart of Vietnam, Hue was founded as the Vietnamese capital city when the Nguyen Dynasty came to power in 1802, and it held this position until 1945. Emperor Gia Long chose Hue for its strategic geographical position between the North and South, and set about building an Imperial city, bursting with some of the most exquisite architecture and monuments in the country. For history buffs, Hue is definitely the place to come – it’s relatively small, so three days is the perfect amount of time to spend here.

What should we visit in three days?

Crossing the Perfume River to the vast ancient Citadel is a natural place to start for any trip to Hue. Whilst the entrance fee may initially seem a little steep, the grounds are extensive and offer a tranquil oasis from the hustle and bustle of city life. You can easily – and are encouraged to – spend the whole day here. Once inside the walls, walk around the old Imperial City at your leisure; the complex ruins and temples tell an evocative story of Vietnam’s past. Whilst the Forbidden City was once impressively opulent with around 160 ornate buildings, it was heavily bombed during the Vietnam War and the scars of the past are apparent in the pock-marked walls and crumbling facades. Nonetheless, the landscape is stunning and there’s a noticeably strong Chinese influence here, resulting in some amazing Chinese style buildings and pagodas – a photographer’s dream!

Hire a motorbike or bicycle and head out into the beautiful countryside around Hue to discover the tombs of the emperors. A particular highlight is the Imperial Tomb of Emperor Minh Mang, which is just 30-minute drive from the city centre on the west bank of the Perfume River. Covering several hectares, there are over 40 monuments, stone tombs and temples to explore, making it another great place to get a real in-depth understanding of Vietnam’s history.

Cool off in the afternoon with a refreshing Mango Lassi and a filling bowl of Pho at Lac Thien, a family-run restaurant serving cheap and tasty local food. The father is deaf and mute, but regularly entertains customers with his somewhat infamous karate style bottle opening technique.

Set off on foot to explore a few lesser discovered areas of Hue. The Thien Mu Pagoda is a popular tourist attraction, but you don’t have to stray too far from the main tracks to discover some real gems. Hidden down a side road behind the main railway station you’ll discover Tu Dam Pagoda, set within beautiful landscaped grounds and surrounded by a collection of incredible mahogany buildings decorated with beautiful silk lanterns with large open rooms for prayer and quiet reflection.

A trip to Hue is not complete without either first arriving or finally leaving via the train to Da Nang. This stunning four-hour train ride meanders along the coast across rugged cliffs and is widely recognised as one of the quickest and most pleasant ways to travel between the two cities. Top tip: Book window seats on the left of the train if you are heading South from Hue and on the right if you are heading North from Da Nang.

If you’re interested in exploring Hue, speak to one of our InsideVietnam experts who can incorporate this magnificent city into a tailored trip in Vietnam. Alternatively, check out our Vietnam Discovery and Family Caving & Culture self-guided itineraries, or try our Highlights of Vietnam group tour.