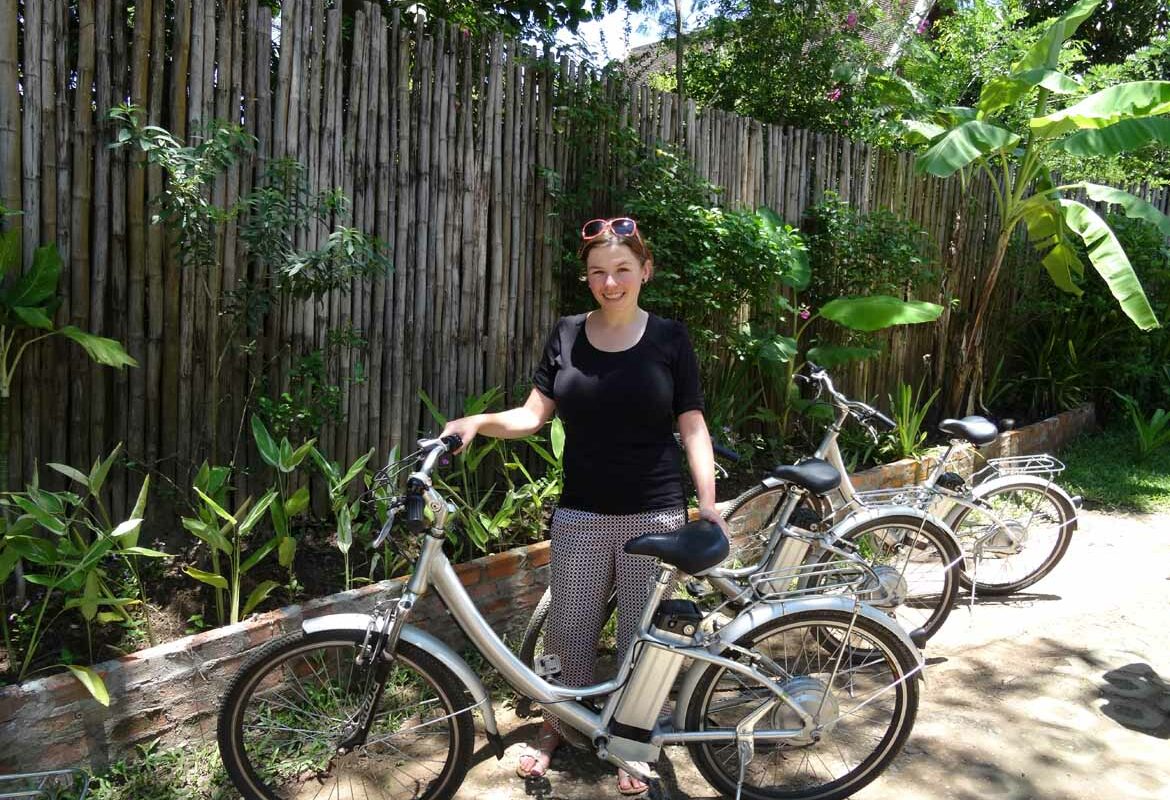 The best of Indochina on two wheels

I can’t say enough good things about cycling and holidays. And I’m not talking about cycling holidays, by the way – they’re quite a different thing. There’s no need to pack your Lycra for any of these experiences. I’m talking about just renting a bike (whether it’s a pushbike, a mountain bike, an e-bike or a motorbike), hopping in the saddle, and setting off to explore.

Travel on two wheels has many advantages over other forms of transport, in my opinion. The main advantage is independence: you pay a set fee and the bike is yours for the day, to do with what you will. Nobody can overcharge you or tell you which route you have to take; you’re completely free to pursue your own whims and make your own discoveries. What’s more, you can cover an awful lot more ground than you can on foot, which is of huge value when you’ve got limited time – as is usually the case on holiday. It allows you to get beyond the standard sights that most people see and head out into the unknown.

More than all of this, however, exploring on two wheels is just good clean fun, and you’ll finish your day feeling like you’ve really earned that giant bowl of pho and a glass (or few) of beer. So without further ado, here are seven of the very best two-wheeled experiences in Indochina – though we’re always on the hunt for more.

Sapa is well-known as one of Vietnam’s most popular trekking hubs, famous for its dramatic mountain scenery, forests peppered with minority villages, and rice paddies like giants’ staircases gleaming in the sun. Although Sapa’s town centre has become rather heavily touristed in recent years and is perhaps best avoided, the countryside surrounding it is just a beautiful as ever. Use the town as a jumping-off point to embark on a mountain biking expedition into the Hoang Lien Mountain Range, taking you along backroads through rugged scenery, farmland and remote highland communities. 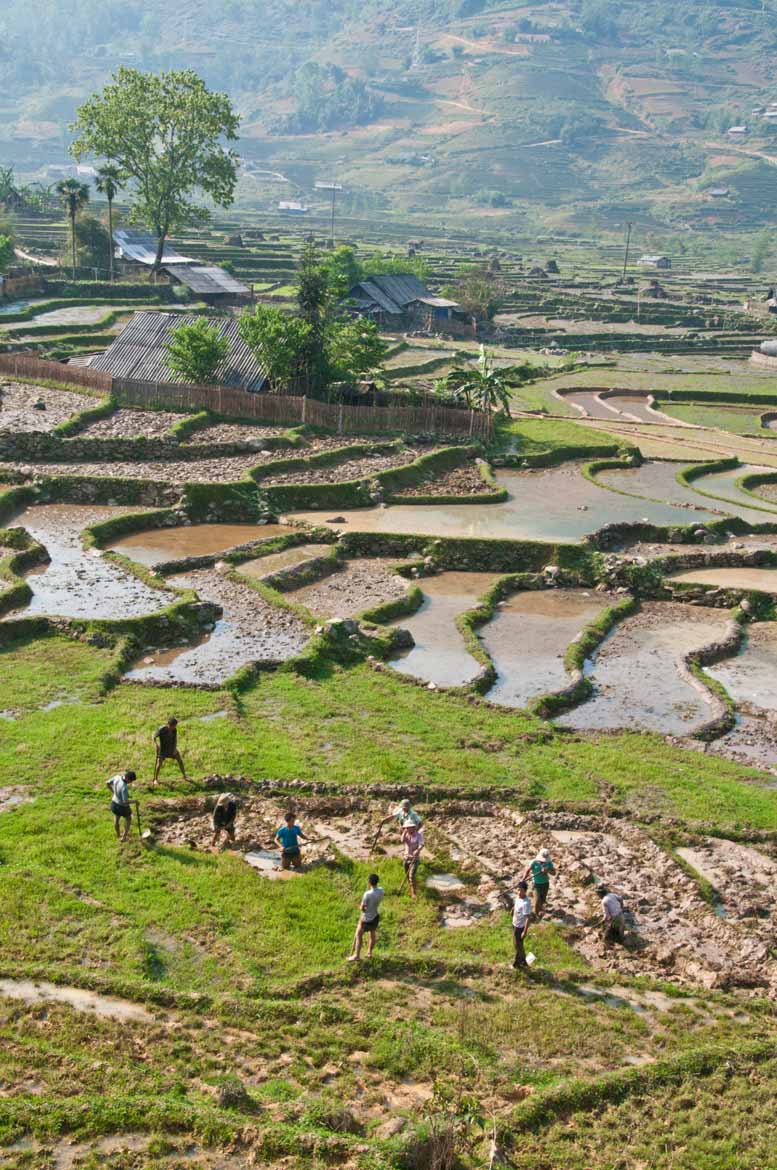 Rice paddies in the highlands 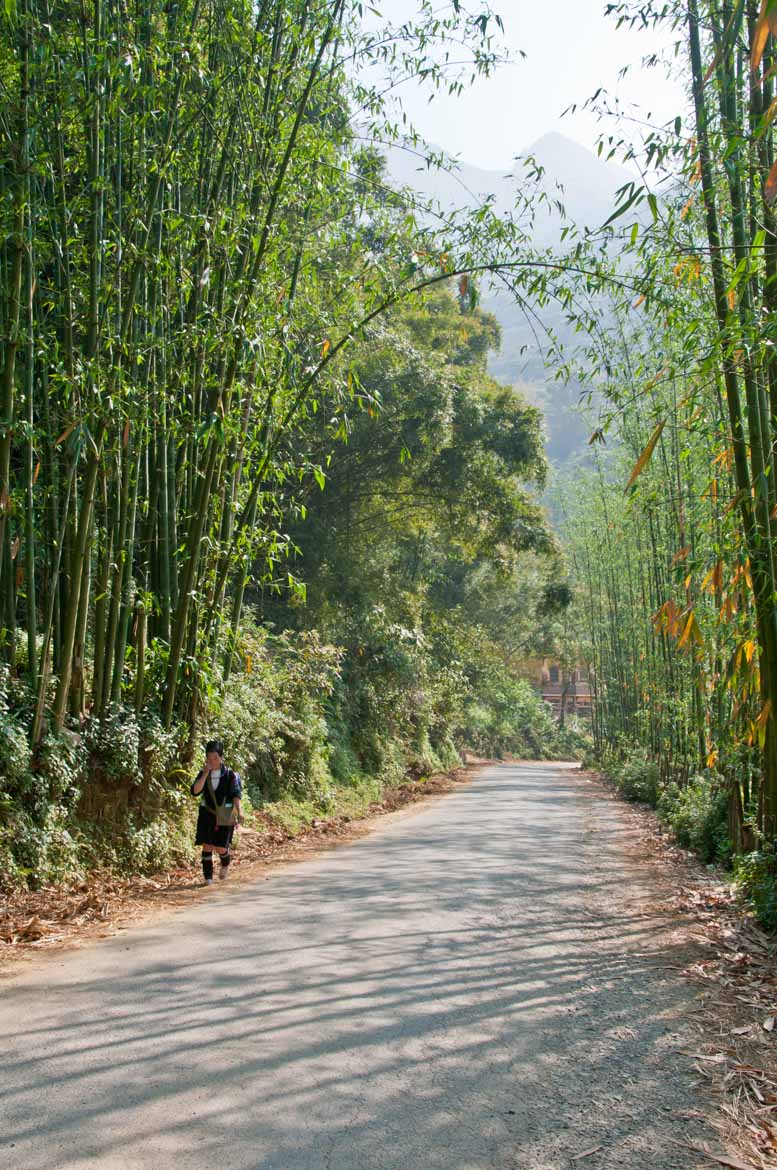 Looking out over Sapa

2) Exploring Hoi An by bicycle

Hoi An is one of the acknowledged jewels in Vietnam’s crown. With its higgledy-piggledy streets, 15th-century buildings, brightly-coloured boats bobbing in the harbour and lantern-lit night markets, it’s not difficult to see why this World Heritage port town is so popular with tourists – but sometimes it can be nice to get a little breather from the crowds. Hiring a bike is the perfect way to do so – allowing you to get out into the suburbs and countryside where you’ll cycle past boat-makers’ workshops, bamboo groves, and lush farmland in peace and tranquillity.

Luang Prabang’s unique blend of palm-lined streets, colonial buildings, World Heritage temples and a laid-back, tropical attitude make it Laos’s top attraction – not to mention one of the most popular destinations in Indochina. One of the best ways to appreciate this beautiful city and its jungly surroundings is on an electric bike tour, which will take in some of the city’s most beautiful temples, zip you through the local market, and take you out of town to the Ock Pop Tok weaving workshop. 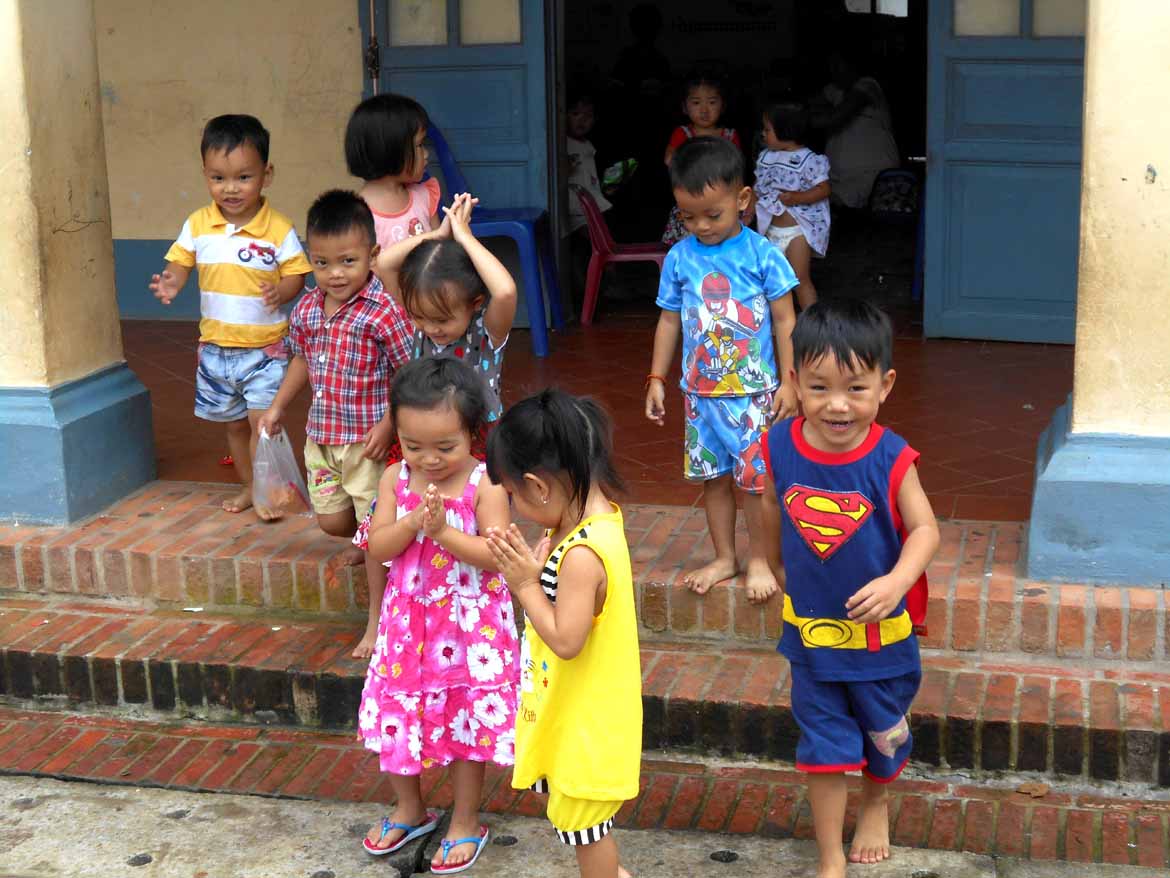 A few of the locals 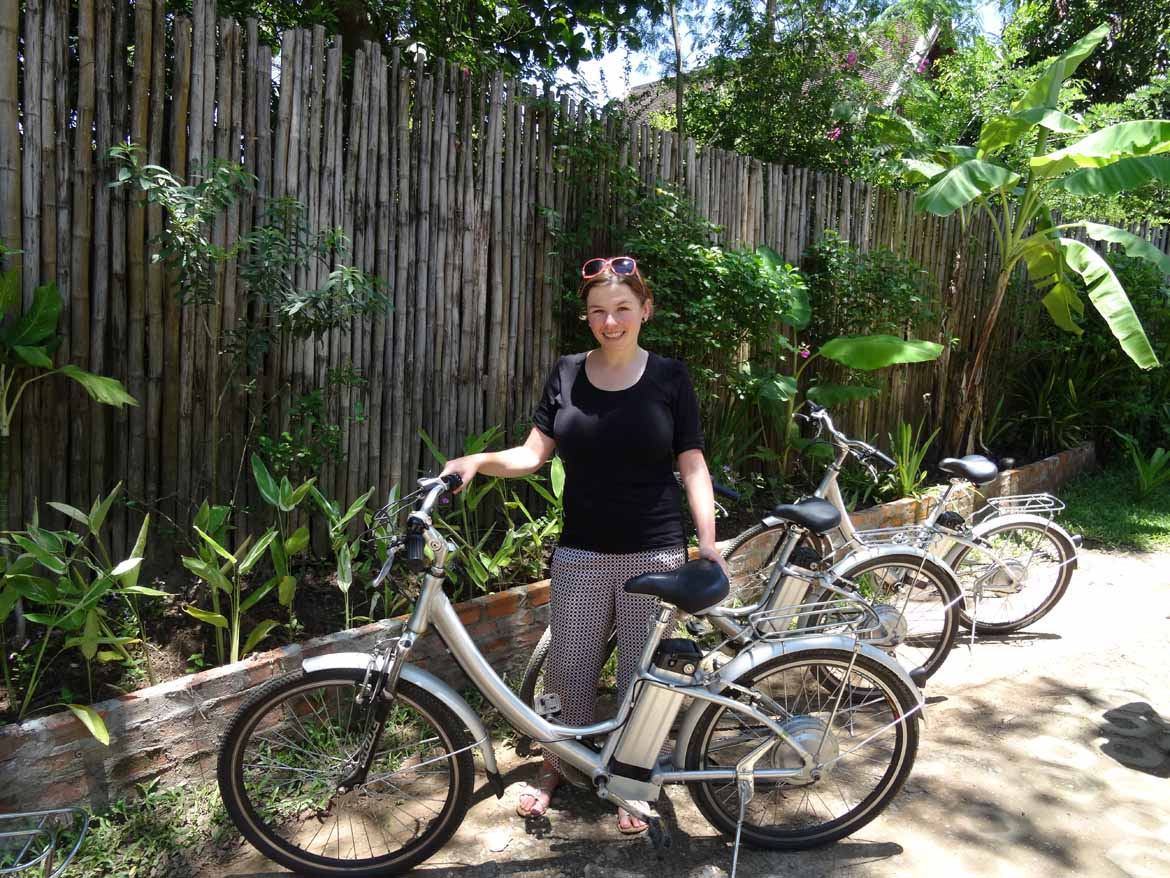 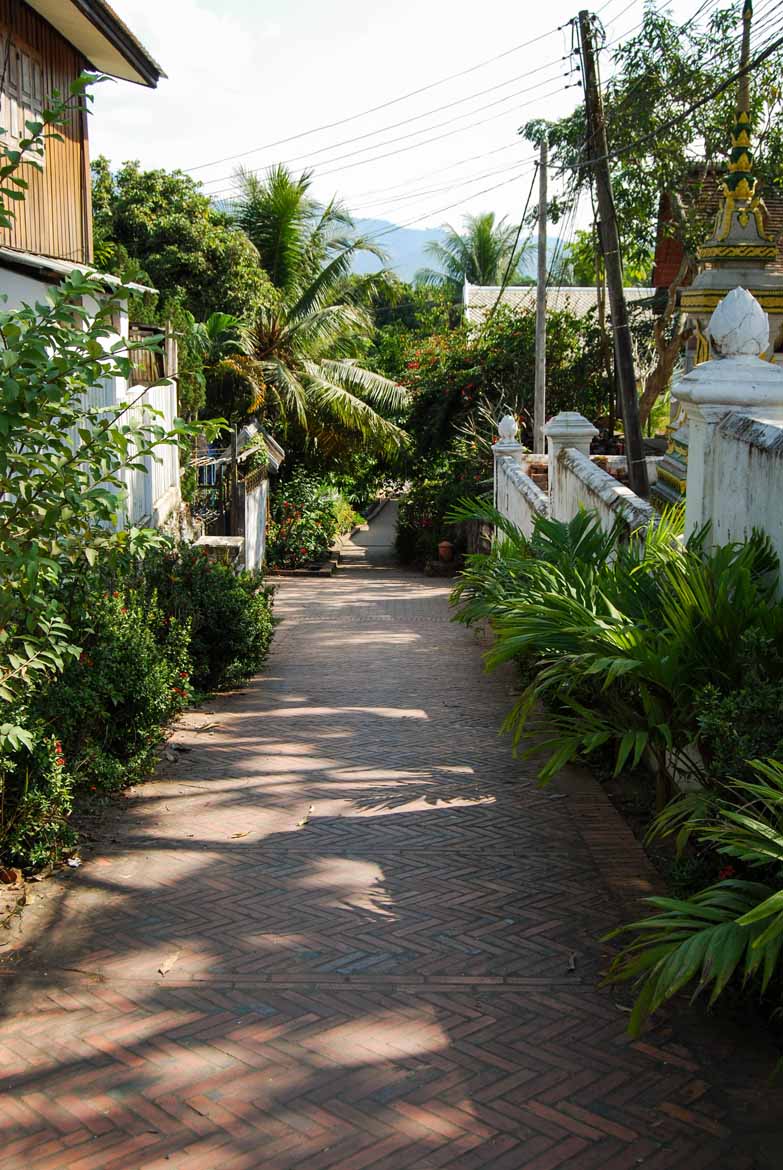 4) Cycling around the imperial tombs of Hue

The city of Hue was the final imperial capital of Vietnam, serving as the seat of the Nguyen Emperors from 1802 until the Japanese occupation of 1945. The Nguyens built an Imperial Citadel based on the Forbidden City in Beijing, much of which still stands in the city today – but some of Hue’s most intriguing sights are to be found outside of the city, where the emperors were laid to rest in grand tombs in the countryside. A cycling tour of the tombs takes you out of town and along country lanes, introducing you to the pleasant countryside and villages surrounding Hue.

Can’t be bothered to pedal? If you’d rather sit back, have a few beers and let somebody else do the driving, a Vespa street food tour of Saigon is one of the most exhilarating experiences you can have on two wheels. It’s a little nerve-wracking to begin with as you nip through the hectic traffic in Vietnam’s biggest city, but I’ve yet to meet the person who hasn’t absolutely loved it. If you feel like this might be a little high-octane for you, try a Vespa street food tour of Hoi An (which I can personally highly recommend), where the traffic is a little less intense but no less enjoyable.

If you’re visiting Cambodia and have the good fortune to find yourself in Battambang, a charming colonial town set in fertile countryside, you could do much worse than heading out for a bicycle tour of the region with our friends at Soksa Bike. This is one of the flattest cycle tours around (hooray!) and as you cycle your guide will introduce you to various Cambodian cottage industries, stop for you to try the local delicacies, and tell you all about rural Cambodian life and culture.

7) Biking around the temples of Angkor

The temples of Angkor, Cambodia’s national treasures, need no introduction. With literally hundreds of buildings dotted throughout an area of 400 square kilometres, you could spend months here and never see everything – which is why hiring a bike is such a great idea. You can get around faster than you would on foot, but feel more adventurous than if you hire a tuk-tuk for the day – though I won’t lie to you, you will get pretty darn hot.

Inside Vietnam Tours can incorporate any or all of these cycling experiences into an independent itinerary – just get in touch with one of our experts to start planning now.