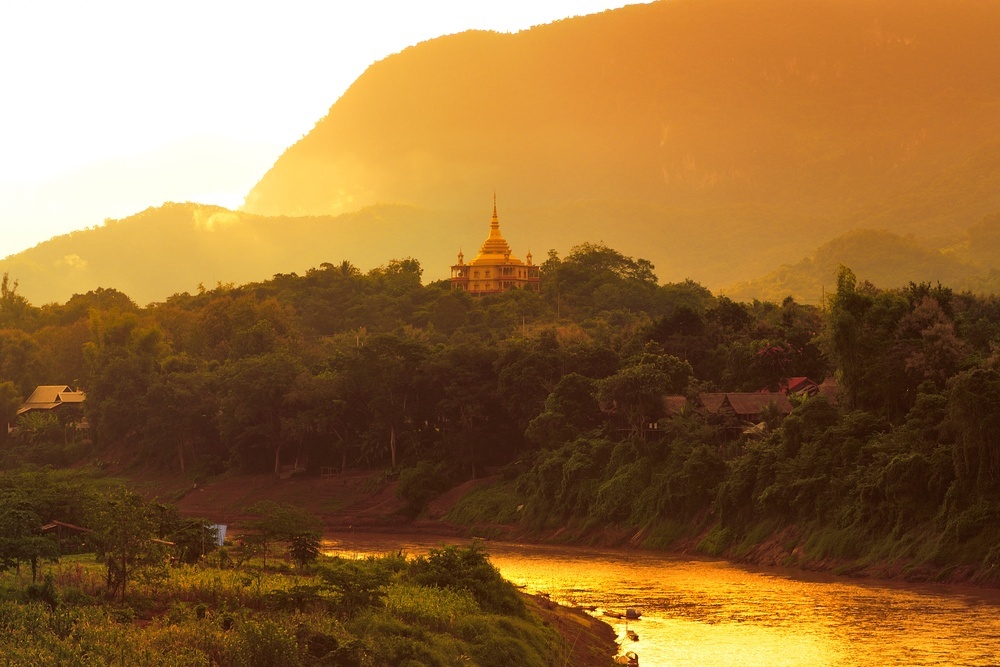 Getting over jetlag: Night owls vs early birds

The InsideAsia team have racked up more than a few air miles, but while few things are as worthwhile as travel (it is the only thing that makes you richer, after all), criss-crossing time zones is unlikely to be one of the highlights. Travel consultants Dylan and Charlotte (UK) and Amy and Grant (US), along with Senior Southeast Asia Product Executive Chris share their collective wisdom to help you make the most of the time change. 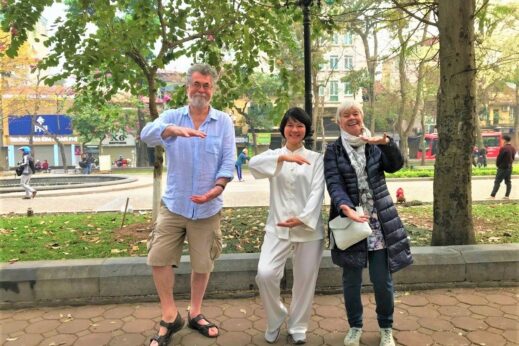 Charlotte: Rise at 5.30am for a spot of relaxing tai chi by the lake in Hanoi, or in the park in Ho Chi Minh City before grabbing breakfast and exploring early morning markets. 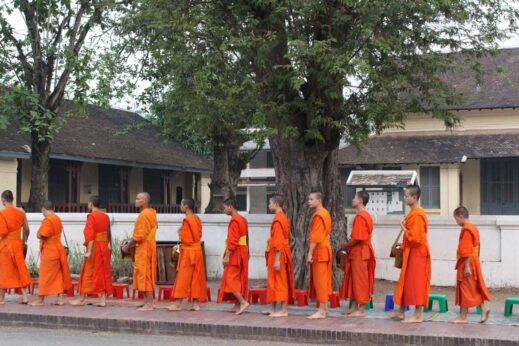 Dylan: In Luang Prabang, visit the wonderful alms ceremony. It takes place around sunrise – usually 5am, sometimes earlier – and is a really great way to watch the ancient Buddhist tradition of alms giving.

Charlotte: I agree! And would definitely follow it up with breakfast at the picturesque Kuang Si Waterfalls. 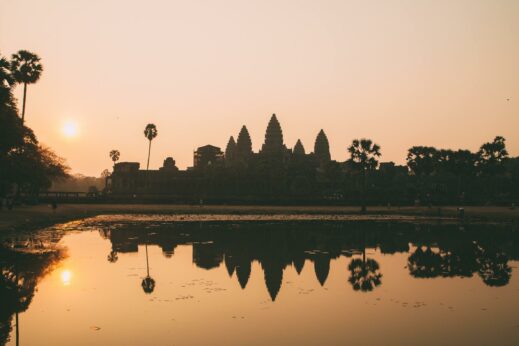 Dylan: Angkor Wat is the most famous for “that” picture but there will also be a thousand other tourists vying for the same spot. My last client said there was only one other person at Pre Rup! 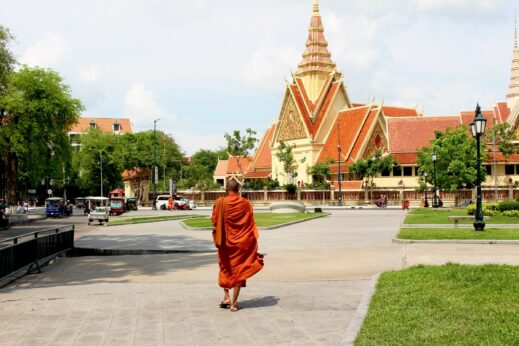 Chris: For early birders and people who like jogging, go for a morning jog around the town/city/countryside/village to see communities come to life. There are some great routes around Siem Reap, Phnom Penh and Luang Prabang. 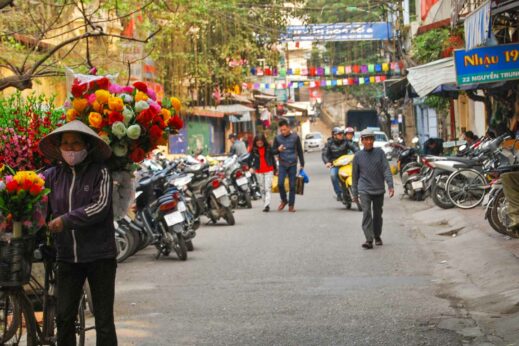 Dylan: Good Morning Hanoi is a great way to watch the city wake up (especially if you are already awake!) 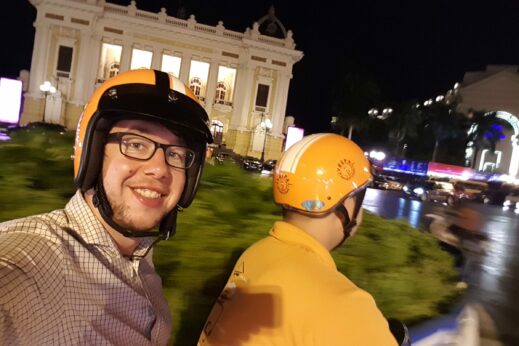 Dylan: A Vespa street food tour – in Ho Chi Minh City, Hanoi, Hoi An, Hue and Siem Reap – is always a winner! It usually runs from 6pm to 10pm.

Charlotte: A night time Vespa tour is a must! 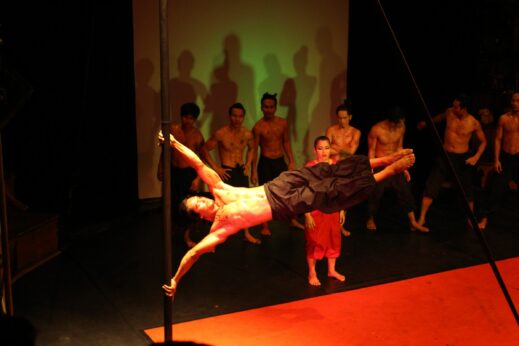 Dylan: In Siem Reap (and Battambang) the Phare Circus is a great way to kick off an evening. It isn’t too late (around 8pm) but a good place to head before going exploring. 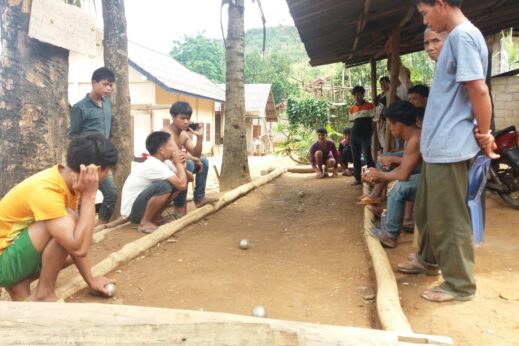 Charlotte: In Luang Prabang, combine a barbecue with a game of pétanque (boules) with the locals! 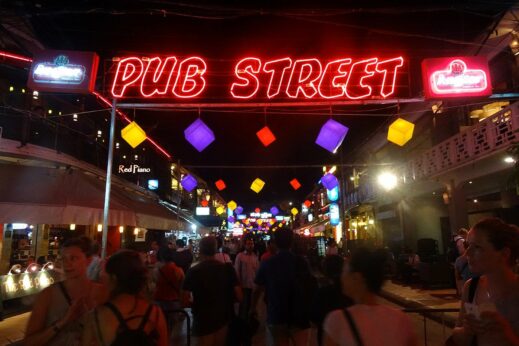 Chris: Head out for an evening cocktail or two on Bassac Lane in Phnom Penh, Pub Street in Siem Reap or the Binh Minh Jazz Club in Hanoi’s Old Quarter.

Dylan: I always advise getting on the correct time zone immediately. It can be tricky in Southeast Asia as many flights from the UK arrive early in the morning, but if possible, it is always best to stay awake until at least 10pm then you should wake up around the correct time.

Grant: Coming from our direction in the US, things tend to land quite late. I like hitting the sack right away and waking early for a morning tour and enough activity to keep going all day.

Amy: My favorite tactic is to ‘ignore’ the schedule on the flight over – where they feed you meals at the time you expect it, but not when people are actually eating in Asia – and sleep on the plane, as much as I can. Once I’m on the ground, no matter how tired, I force myself to stay up until at least 9pm to get into a natural rhythm. That has always helped with jetlag, though adjusting to climate is an entirely different matter!

Chris: If arriving early, include activities during the day to keep you busy. When it comes to flights, you could try one of the new 777X’s – it has lower pressurisation that alleviates jet lag. The new Dreamliner Aircrafts have lower pressurisation as well and are used by Vietnam Airlines on the direct flights from the UK. Finally, if you can afford it, fly business class! A fully flat bed, nice comfy duvet and pillow will likely lead to a good night’s sleep.

Our team of Southeast Asia are full of tips and insider knowledge to make your trip memorable. Get in touch to start planning, or look through our Small Group Tours and Fully Tailored Journeys for more inspiration.