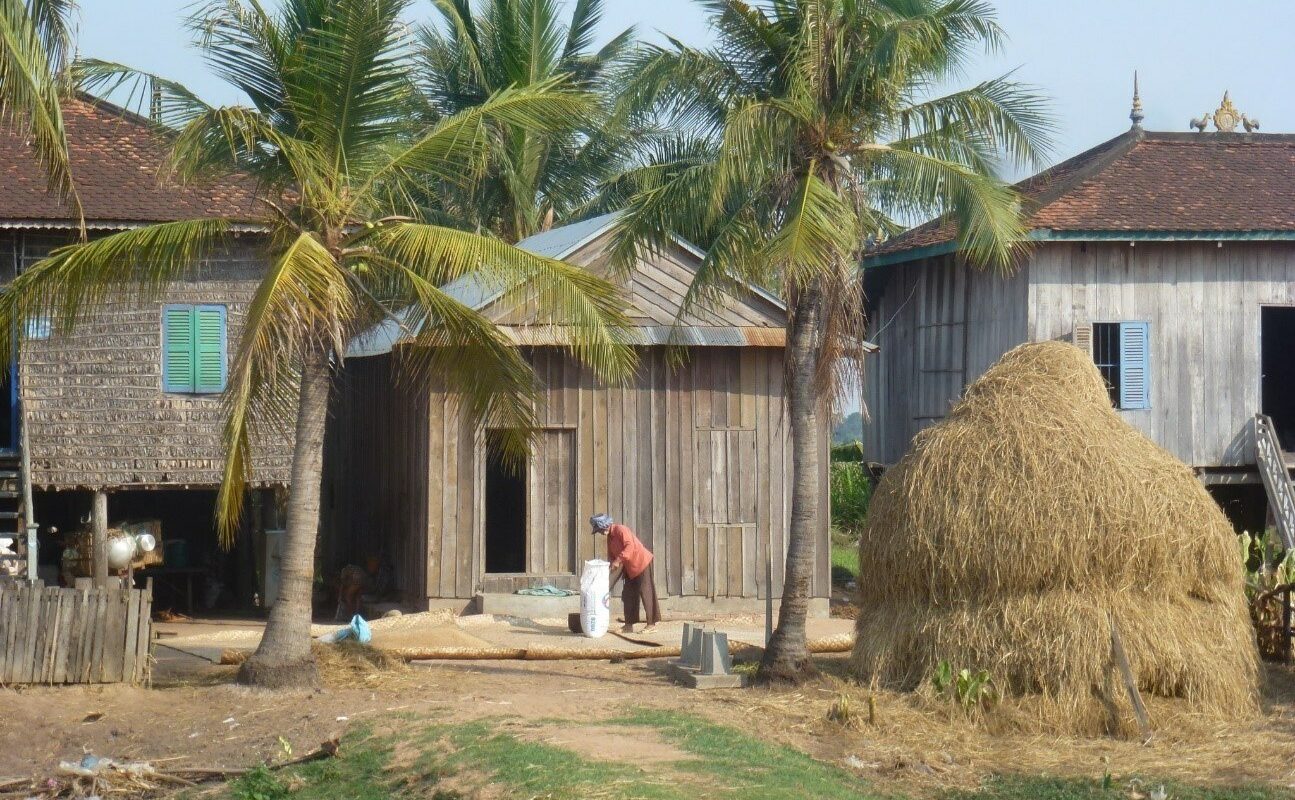 While Priteni (esteemed member of our Small Group Tours team) loves seeing the sights, her fondness for the road less travelled took her beyond Angkor and into the surrounding villages. It turns out that architecture doesn’t have to be ancient to be special.

When travelling I, like most people, love to see the famous buildings: the Colosseum in Rome, castles in France, cathedrals in Spain, mosques in Iran and Turkey and temples in Japan. Despite being a fairly new destination for most European travellers, Cambodia has some remarkable architecture of its own.

The most remarkable of all? Angkor Archaeological Park.

This temple complex is estimated to date back to the first half of the 12th century (113-5BC), and said to be one of the best preserved architectural masterpieces in Southeast Asia.

When I first visited, this magnificent site bathed in the first light of dawn. We wandered down tree-lined paths with barely a whisper of wind, and through corridors that seemed to dance with the shadows of monks here before us. It was captivating. But while Angkor Archaeological Park is a must-see, I discovered that it’s not the only interesting architecture Cambodia has to offer. One of my favourite things to do while travelling was to take a tuk-tuk into the countryside; as well as whipping the heat of the day away by the breeze, it was a great way to get beneath the surface of the area and see how other people lived.

Whether it was via tuk-tuk, train, bus or boat, my eyes were glued to the architecture that unfolded before me. There were beautiful river houses that swayed with the water beneath them, and wooden houses built high on stilts, creating shade and a place to work out of the sun.

I also saw houses that might not be considered appealing in appearance but caught my eye just the same; they showed me what everyday life was like outside the grandeur of Angkor Archaeological Park. Do visit Angkor, but don’t forget that Cambodia is a beautiful and captivating country far beyond the temples.

Be sure to take it all in!

If Priteni’s inspired you to discover Cambodia’s lesser-known corners, take a look at our Cambodia & Laos Revealed small group tour, or get in touch to find out more.