Skip to content
Thank you for signing up!
Subscribe to our Newsletter
HOME » Blog » Visiting the Cu Chi Tunnels in Vietnam 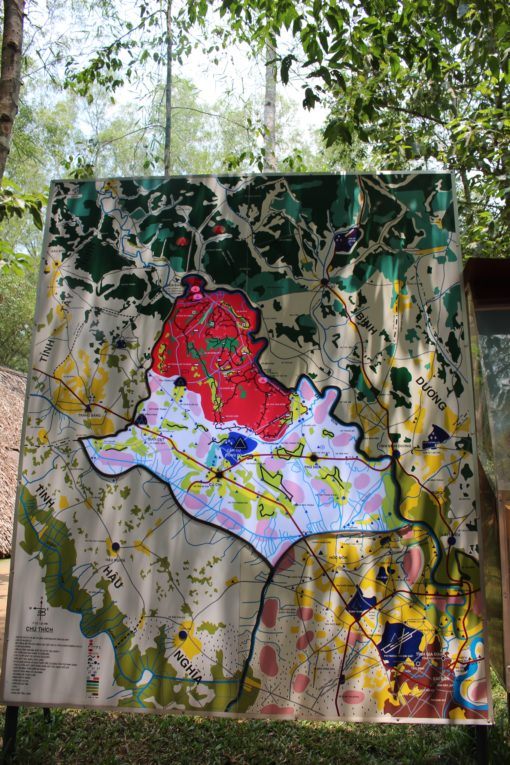 Work on the Cu Chi Tunnels started in 1948. They were originally used to store munitions in the fight against French occupation in the First Indochina War, but by the time the Vietnam War escalated in the 1960s, a 250km warren spanned from Saigon to the border of Cambodia. The tunnels were dug by peasants and villagers with rudimentary tools; transporting tonnes of excess mud to the Saigon River or rice fields at night.

Under the circumstances, they were well built. They were higher than the river to avoid flooding, had access to a well to collect water, and masked ventilation holes within termite mounds and thick grass; defence against the much better equipped US army. 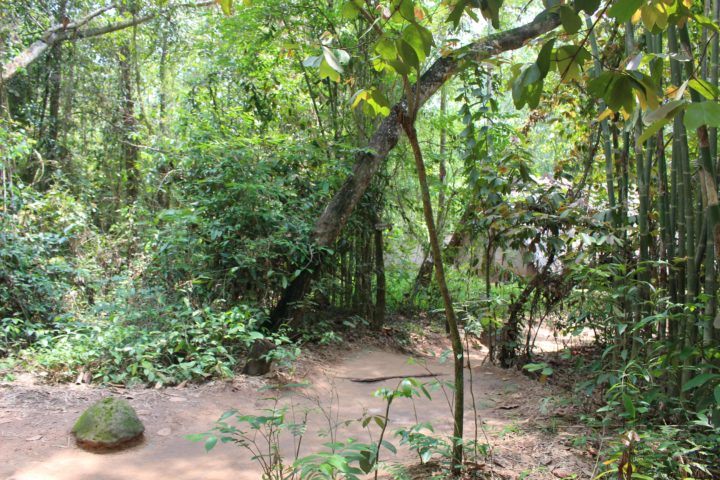 As bombers fired overhead, whole villages and Viet Cong soldiers took shelter underground. Attempts to destroy the tunnels with carpet bombing or flush out soldiers with hand grenades proved largely ineffective, but conditions were dire. Heat and lack of oxygen was overbearing; it was rife with rats, snakes and scorpions; and malaria proved deadly for many. 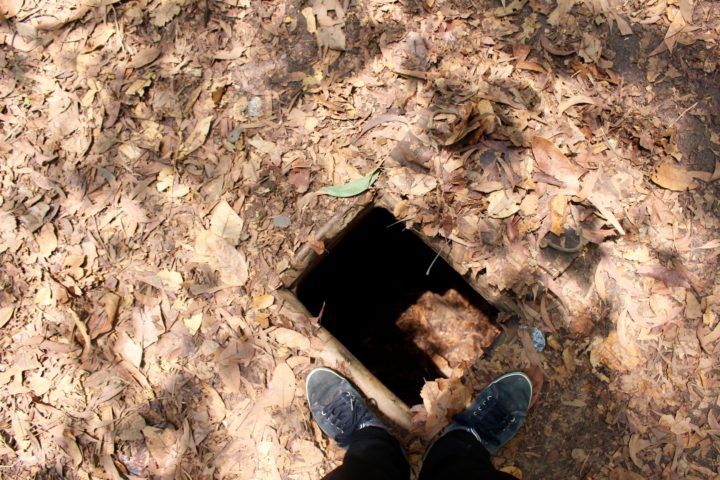 After opening to tourists in 1995, the tunnels became an iconic attraction, with two accessible sites: Ben Dinh and Ben Duoc. I arrive at Ben Dinh with a guide during a close afternoon in June. I can’t imagine anything worse than being underground in 40°C. 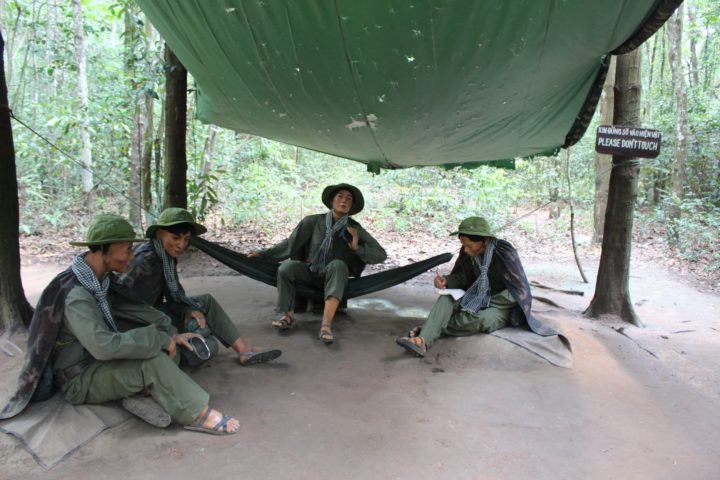 My guide recommends skipping the introductory documentary – “it’s not that informative, and a little one-sided” – but curiosity gets the better of me. This short black and white film, put together in the late 1960s, is predictably anti-American. But these days all nationalities are welcome – this vitriol belonging to another lifetime. If nothing else, it sheds light on the women and children who took arms in the desperation of the situation.

Five ways to learn about history in Vietnam 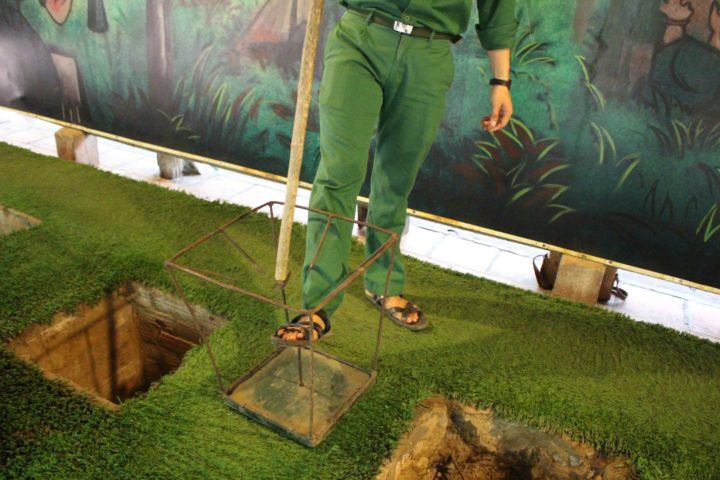 A model reveals layers of passageways with nooks for sleeping, workshops, kitchens (the smoke diffused on its way upwards), and even a hospital. My guide tells me that US soldiers tried to uncover the tunnels with German Shepherds, to varying success. The Viet Cong cottoned on, soon lining entrances with chilli to put the dogs of the scent; after making the dogs sneeze, they switched tactics, washing in the same soap as the US soldiers or laying out scraps of their uniforms.

When the opposition found openings, they sent down ‘tunnel rats’; soldiers with the unenviable task of facing gruesome traps laid by the Viet Cong. Against the backdrop of this horrifying history, it is surreal to visit the tunnels today. A friendly member of staff stands alongside Viet Cong traps, each disguised by turf, to demonstrate how they work; groups listen to descriptions of torture in countless different languages; and some of the tunnels have been widened for tourists (I’m small but crawling through is still a bit of a squeeze – I’m soon ready to see the light and feel the air). With all this, plus an on-site shooting range punctuating everything with gunshots, it really does have to be seen to be believed. 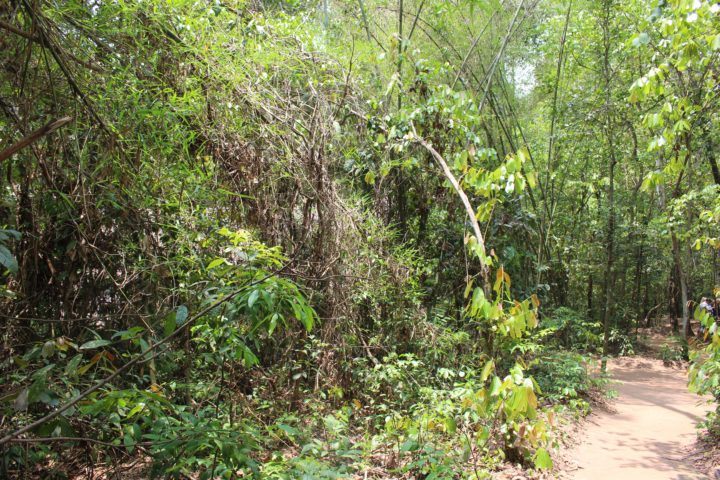 Visit the Cu Chi Tunnels on our Classic Vietnam Fully Tailored Journey, or get in touch to start planning.