Skip to content
Thank you for signing up!
Subscribe to our Newsletter
HOME » Blog » Hanoi vs. Saigon

If you’re planning on visiting Vietnam, the chances are that the northern capital Hanoi and southern hub of Ho Chi Minh City (AKA Saigon) will both be right at the top of your list of places to visit.

Separated by a swathe of land over a thousand miles long, these two cities differ on almost every point – from food and culture to size, history, geography and climate.

But if you could only visit one, which should it be?

We’ve debated the similarities and differences of these two cities amongst ourselves and you’ll find our observations below – but we can’t promise that by the end of it you’ll be able to choose!

Hanoi, located in northern Vietnam, lies on the Red River delta about 90 km (56 mi) from the coast. The city’s climate is classified as “warm, humid subtropical” – which essentially means cool, dry winters and hot, wet summers. Saigon (or Ho Chi Minh City), meanwhile, is located near the southern tip of the country and has a tropical climate, with wet season and a dry season rather than a defined summer and winter, and hot temperatures all year round.

This marked difference in climate means that the two cities can almost seem to belong to two different countries at times – such as in January, when Hanoi is experiencing average temperatures of around 20C whilst Saigon’s hovers in the early 30s. Generally speaking, Hanoi has its most pleasant weather in the autumn (mid-September to late November), whilst Saigon is best visited during the dry, hot months from December to April. 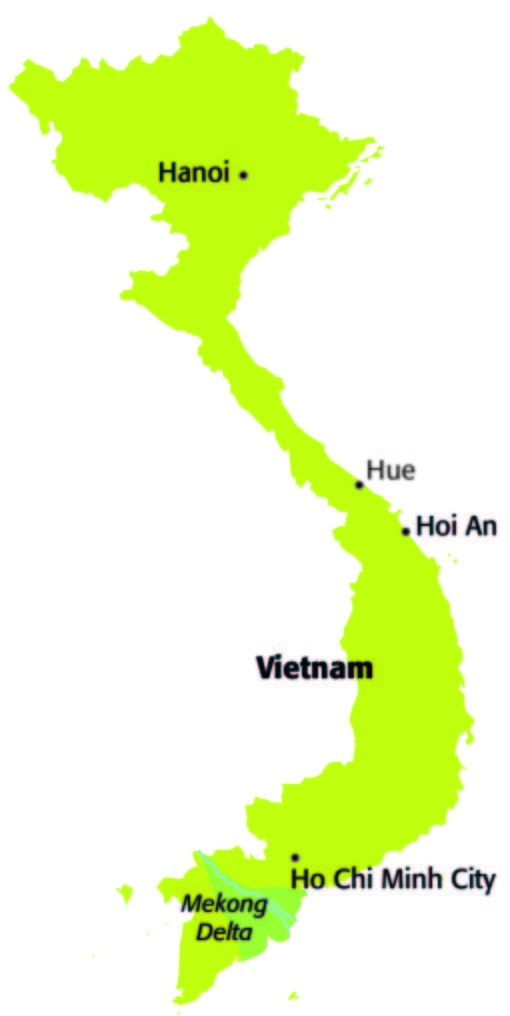 In terms of geography, Saigon’s focal point is the river running through its heart, while Hanoi is characterised by the lakes that surround it, of which Hoan Kiem Lake, West Lake, Halais Lake, Thien Quang Lake and Bay Mau Lake are the best-known. Hoan Kiem in particular is something of a symbol of the city, with the Turtle Pagoda at its centre and groups of local people relaxing, practising t’ai chi and pursuing other leisure activities.

Hanoi and Saigon have had vastly differing histories, and this has shaped their culture, architecture and character beyond measure.

As Vietnam’s capital for nearly one thousand years, Hanoi is widely regarded as the country’s cultural centre, with layers upon layers of history visible in its streets, buildings and landmarks – and more significant cultural sites than any other city in Vietnam.

From 1010 until 1802 it served as the country’s political centre until the baton was passed to Hue, Vietnam’s imperial capital between 1802 and 1945. In 1887 it became the capital of French Indochina; in 1940 it was briefly occupied by the Japanese before being liberated in 1945; it briefly served as the seat of the Viet Minh government after Ho Chi Minh declared the independence of Vietnam, but was then reoccupied by the French in 1946 before finally becoming the capital of an independent North Vietnam in 1954, after nine years of fighting. Finally, in 1976 and after a very chequered history, Hanoi became the capital of reunified Vietnam, and so it remains today.

Each of these successive dynasties and administrations has left its mark on Hanoi, with ancient monuments such as the Temple of Literature, the One Pillar Pagoda and the 900-year-old ruins of the old Hanoi Citadel standing cheek by jowl with French colonial villas and mansions, the Grand Opera House, the Presidential Palace and even more recently with plentiful skyscrapers (including the tallest and second-tallest in Vietnam and the second-tallest in Southeast Asia).

Unsurprisingly, this rich historical heritage has left Hanoi with an excellent collection of museums and monuments to keep the visitor busy. Besides those mentioned above, you can also visit the mausoleum and stilt house of Ho Chi Minh, North Vietnam’s charismatic wartime leader. The Old Quarter, meanwhile, preserves its original street layout from pre-colonial times and is a wonderful place to eat and shop – with small artisans and merchants, cafes, restaurants and bars.

In comparison with Hanoi, Saigon hasn’t even been in Vietnam for very long – only since the 17th century in fact. For the beginning of its history, Saigon was known as Prey Nokor: the most important commercial seaport of the Khmer Empire, based in modern-day Cambodia.

Since then, Saigon has gone through almost as many changes in leadership as Hanoi: the Vietnamese seized and annexed it in the 17th century; the French and Spanish conquered it in 1859; it became the capital of the anti-communist independent republic of South Vietnam during the war years from 1955 until 1975, then fell to the Viet Minh and was renamed Ho Chi Minh City in honour of the communist leader of the north.

Since most of the fighting during the Vietnam War occurred in the south, Saigon is the place to see war-era museums and relics, such as the Ho Chi Minh City Museum, the Revolutionary Museum, the Museum of Southeastern Armed Forces, the War Remnants Museum and the hauntingly evocative Cu Chi Tunnels, used by guerilla fighters.

To most, Saigon is the food capital of Vietnam, with the country’s widest variety of both Vietnamese and international cuisine. French bakeries show influence of colonial rule with fresh, cheese-filled baguettes, while regional specialities such as bun bo hue (Hue beef soup), com tam (rice and pork), and Vietnamese omelettes abound. 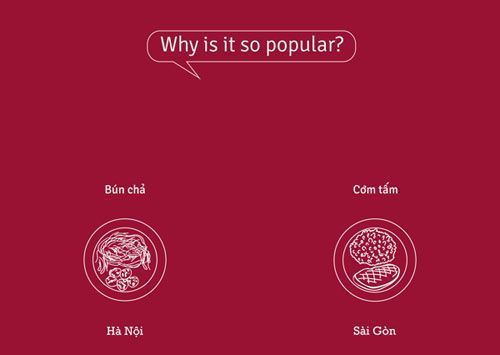 However, the acknowledged king of Vietnamese food is pho – the beloved Vietnamese noodle soup – and its spiritual home is unequivocally Hanoi. Here you’ll find thousands of streetside stalls and small kiosks with plastic chairs and tables on the pavement where you can chow down on this national dish.

Hanoi’s most popular side trip is undoubtedly Halong Bay: famous for its stunning karst (limestone) pinnacles and picturesque junk boats. This is one of Vietnam’s best-known and best-loved sights, and a wonderful place to take a cruise (as we discusses in a previous blog post!). The city is also a great starting point for exploring the Sapa mountain range, home to many of Vietnam’s ethnic minorities and some great trekking options; Cuc Phuong National Park, the largest in Vietnam; the beautiful scenery of Tam Coc in Ninh Binh Province; and the Perfume Pagoda, amongst many others.

From Ho Chi Minh City you are ideally placed to explore the southern area of Vietnam, including the floating markets of the Mekong Delta (another great place to take a boat trip!); the Cu Chi Tunnels (as mentioned above); the mountainside city of Dalat; and even Phnom Penh in Cambodia – only a six-hour bus ride away.

Hanoi’s old quarter, whose streets are still named according to the tradesmen who used to ply their wares here in pre-colonial times, is a fantastic place to explore a wildly diverse array of products and services. By contrast, Ho Chi Minh City really can’t compare – although Ben Thanh Market is worth visiting, and the city has its share of higher-end shops and glitzy shopping malls. Is mental. On this point – and this point only, perhaps – Saigon and Hanoi are pretty much even. 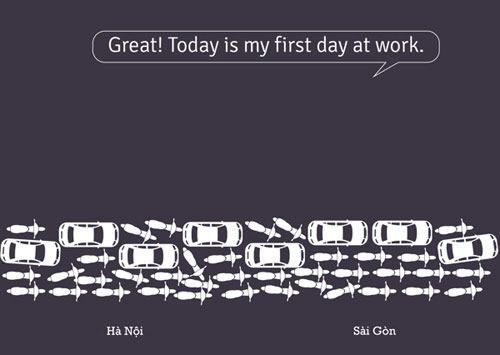 Take your pick of Vietnam’s most exciting cities on our Fully Tailored Journeys.
Still can’t choose? Fortunately, on our Vietnam Small Group Tours you don’t have to!
Get in touch with our Southeast Asia travel experts to find out more.