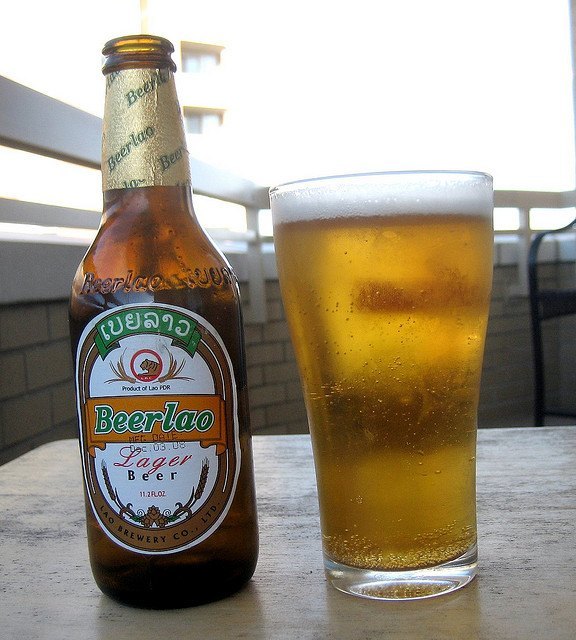 5 things you didn’t know about Laos

1) 1865 km of the Mekong river flows through Laos, and it is home to the largest waterfall in Southeast Asia, and one of the widest in the world – the Khone Phapheng Falls. The falls (which are more like rapids) are split into hundreds of channels by little islands that are dotted around the river – giving it the nickname the ‘4000 islands’.  During the wet season they are a truly breathtaking sight.

The Mekong river is also home to some very unique species such as the endemic Mekong giant catfish and an extremely rare (freshwater) subpopulation of the Irrawaddy dolphin – only 85 remaining!

2) Based on locally grown Jasmine rice Beer Lao has 99% of the market share of beer in the country (though since 2006 it has been half-owned by Carlsberg. the other half belonging to the state).

3) In the so-called “land of a million elephants”, due to hunting and deforestation, only about 750 wild elephants still remain. Although there are far more than that in numbers of working elephants – it is common to see elephants pulling carts to deliver goods up and down the country.

4) More than 100 large animals can be found in Laos, including Asian elephants, tigers gibbons, buffalos, rhinoceros and crocodiles. IT is also home to one of the worlds rarest mammals, the Soala; a beautiful forest dwelling deer-like creature that little is known about.

5) Its home to the mysterious Plain of Jars. This archaeological landscape is scattered with thousands of Iron Age large stone jars, ranging between 1 and 3 meters in size, and nobody is sure why! Some believe they were associated with prehistoric burial practices, some to collect water, and others think they were used to brew vast quantities of rice wine.

What do you think?