Skip to content
Thank you for signing up!
Subscribe to our Newsletter
HOME » Blog » Like an active holiday? You’ll love these adventurous things to do in Cambodia

If you’re an active sort (you know – one of those energetic, go-getting people with a year-round glow we’re all secretly jealous of), you are going to adore Cambodia.

Cambodia might be the best country in all of Asia for active holiday-makers. It’s got everything you could ask for: a lush landscape ripe for hiking and cycling, culturally rich cities, and more wildlife than you can shake a stick at.* You can do it all here: dive coral reefs off golden beaches, cycle to hidden temples, kayak through mangroves, cruise down the Mekong, or wander Phnom Penh’s hidden alleys – and that’s only the beginning. This is Cambodia at its core: a landscape begging to be explored.

Whether you want to explore during the lush ‘green season’ (May-Oct) or bask in the sun during the dry summer months (Nov-April), Cambodia’s affable locals and gentle pace of life will win your heart. In fact, there’s just so much to love that we’ve had to split this ‘things to do’ article into two halves (pt. 2 coming soon!). Here are just some of our favourite things to do in Cambodia.

*Note: please don’t shake a stick at the wildlife. 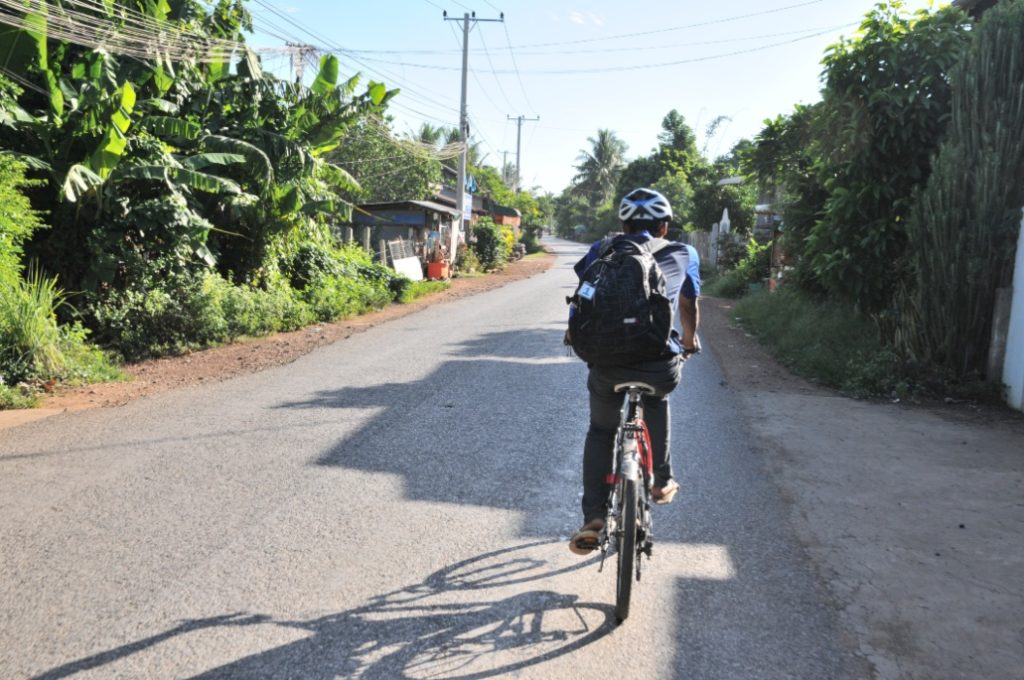 Ah, cycling: is there a more idyllic method of transport? Just you, the open road, and the rhythmic tick of your wheels. Take a cycling tour around the wonderfully flat Battambang area and you’ll bear witness to the simple beauty Cambodia offers in spades: farmers tending to rice fields, children walking to school, and oxen pulling rickety carts. Go further and you’ll see temples half-reclaimed by nature and rural villages with thatch-roofed homes – and all around, the greenest grass you’ve seen in your life.

There’s something about a cycling tour that’s so much more immersive than hopping in a car or coach. The sights and sounds are more tangible – you’re not in a metallic bubble with a pane of glass between you and the world – you’re in amongst it, actively involved rather than a distant onlooker. A cycle tour around Battambang typically includes stops at local villages, where you can take part in all sorts of quaint activities – learning to make rice paper, cooking lessons, exploring temples, and even sampling wine at the country’s only vineyard! 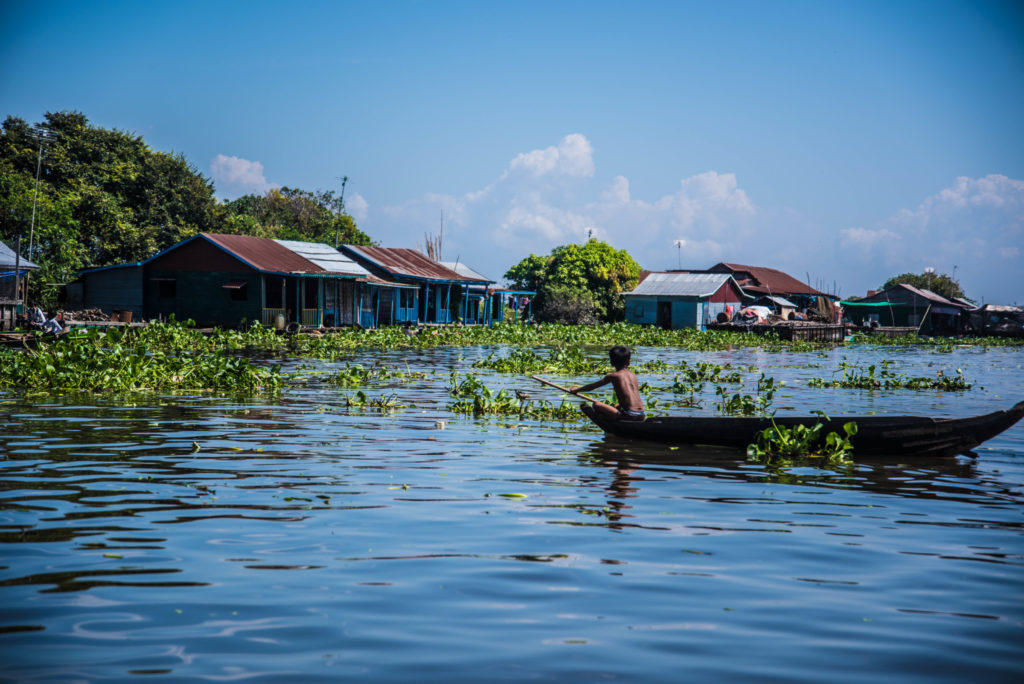 Tonle Sap is a vast freshwater lake that spans hundred of miles and eventually joins the Mekong River. It’s close to both Siem Reap and the Angkor temples, and the whole area is packed with potential adventure. If you’re feeling fancy, you can head out on a sunset cruise, and sip champagne as the lake’s surface glitters. Prefer something a little more rough and ready? Climb into a kayak and glide across the calm waters.

Life on the lake is fascinating. An entire fishing community spend their lives on the water in wooden homes that either float on top of the water or teeter above it on stilts. Visiting one of the fish markets out on the lake is an experience straight out of a fantasy novel. It hardly seems possible that in a world of commuting and social media and Excel spreadsheets, this kind of lifestyle could still exist. Bird lovers will be particularly enamoured with Tonle Sap; from your kayak you may be able to spot grey-headed fish eagles, milky storks and spot-billed pelicans.

During the monsoon season, the Sap River actually reverses flow from the pressure of the heavy rains, and the lake swells to six times its size!

Grab a crab in Kep 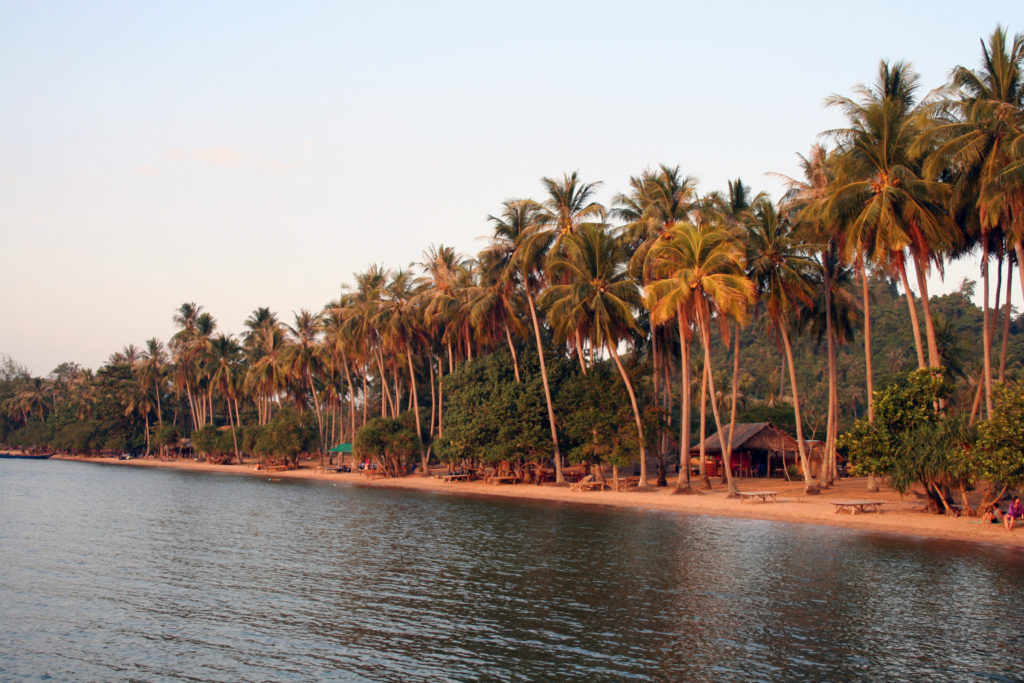 Kep is a cute little fishing town in the south of Cambodia. Famous for its seafood, the crab market and the procession of restaurants the line the shore is a must-do. The crab here is seasoned with local pepper called Kampot – the resulting dish is as kind to the wallet as it is to the tastebuds. Kep lacks a beach that could really be deemed ‘Insta-worthy’ (ugh, sorry), however it’s a great hub for day trips to many nearby islands. Rabbit Island in particular – while disappointingly free from floppy eared friends – is a lovely spot for snorkelling and/or lounging on golden sands.

Beyond the crab meat and white sands, however, lies a morbidly fascinating past. A century ago, the town of Kep was founded as a resort town for wealthy French colonists. Built by King Sihanouk, the town was a bold experiment in the ‘New Khmer’ architectural style, drawing influence from Parisian modernists. However, in the brutal Khmer Rouge regime that followed, many inhabitants of the town were taken to labour camps. The stately homes fell into disrepair, empty for decades. Today you can view them, empty still, as they are slowly reclaimed by nature. Take a camera or a sketching pad and head out to find the ghostly abodes. You won’t regret it. 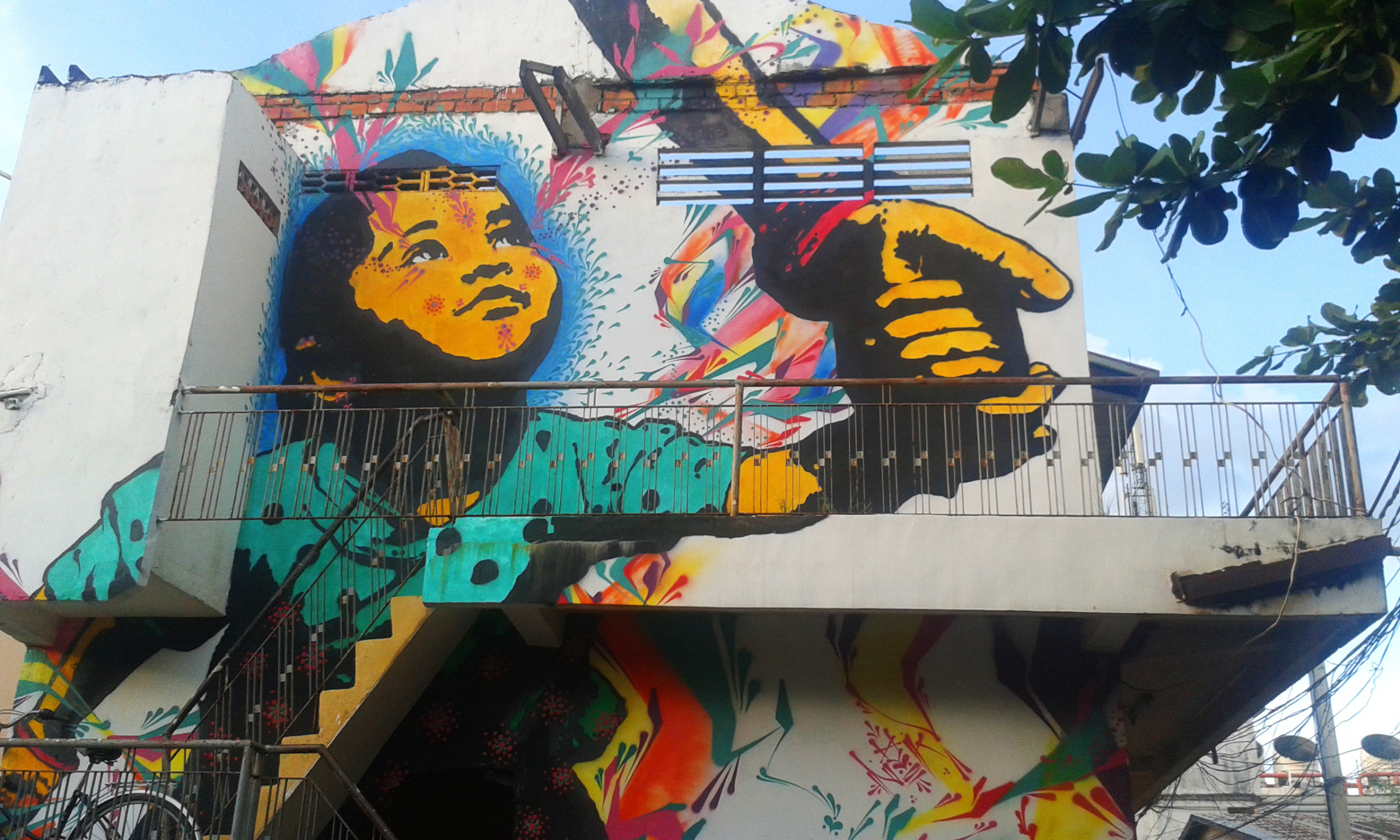 The period before the Khmer Rouge emerged in the 1970s is considered a golden era for Cambodia. By spending a lazy afternoon drifting through Phnom Penh’s alleys and streets, you can witness the leftover splendour of these halcyon days. You’ll see curious buildings in the New Khmer style – resembling a Southeast Asian take on 1950’s Americana – as well as dozens of quirky alleyways daubed with dazzling murals.

Why not make a day out of it and hop on an art tour? Stop off at airy cafes along the way, sip delicious red wine in the sunshine, and embrace your inner hipster (beret not included). 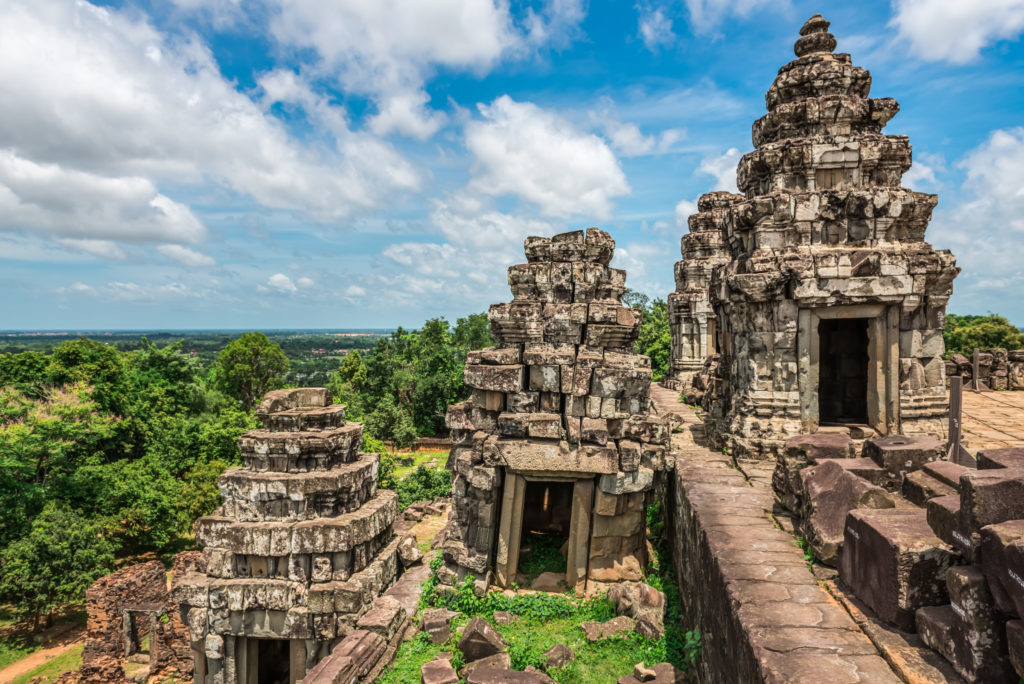 Angkor Wat: I know it, you know it – it’s all most people think of when they hear ‘Cambodia’. It’s the world’s largest religious monument, and it is absolutely worth your time. However, it does get busy; many of the classic photographs you may have seen were likely taken at 5am, before the tourist buses roll in. So why not go a little further out, and find a temple you can have all to yourself?

Founded over eleven hundred years ago, the city of Angkor at its peak covered an area greater than modern Paris. Today, nestled in forest and farmland, there are around one thousand temples in varying states of repair – from piles of rubble to extraordinarily intricate ruins. You’re spoilt for choice! Explore one of these relics, and you’ll likely have the place to yourself. Creeping through gloomy temples littered with huge broken statues and gnarled tree roots, it’s impossible not to feel the youthful giddy thrill we all felt as kids building tree houses and exploring nearby woods: You are Lara Croft.

Pro tip: Walk or cycle along the top of the outer walls from the busy south gate to the far quieter east gate for a nice slice of solitude.

Part two coming soon! Can’t wait to hear the rest? Give us a call and let’s chat!