Skip to content
Thank you for signing up!
Subscribe to our Newsletter
HOME » Blog » How to spend two weeks in Vietnam 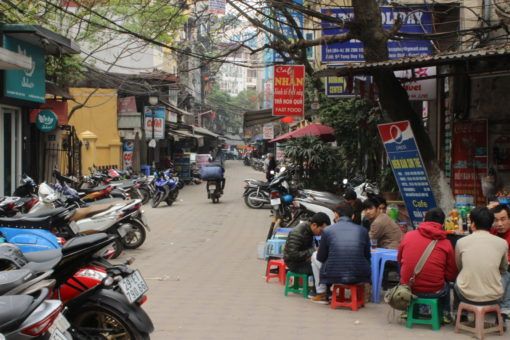 While Ho Chi Minh City in the south might be the face of modern Vietnam, the capital is the more traditional city of Hanoi at the opposite end of the country.

Following the presence of the French up until 1954, colonial architecture stands side by side with the city’s hubbub of motorbikes, market vendors and tiny pho stalls. Take a walk and visit Tran Quoc, the city’s oldest Buddhist temple; Ho Chi Minh’s Stalinist Mausoleum; the Presidential Palace; and the Temple of Literature, Vietnam’s first university. 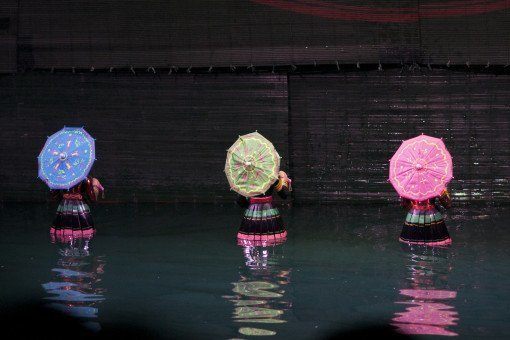 Stop in at a museum

Learn about Vietnam’s historical and contemporary social constructs with a trip to Hanoi’s Ethnology Museum or the Vietnamese Women’s Museum.

Rise early for the market

Early birds should set their alarms for 5.30am to see the massive Long Bien Market fill with locals in search of the freshest produce. 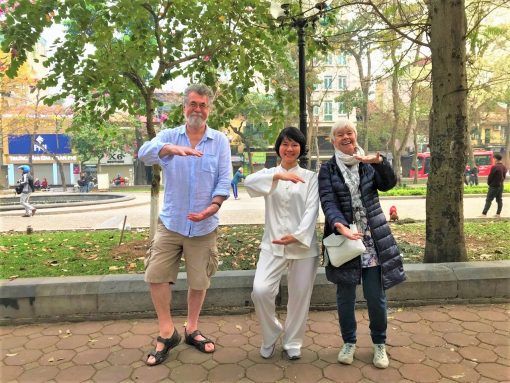 Do as the Hanoians do – start the day right with a 45-minute Tai Chi class before a pho breakfast and cup of strong Vietnamese coffee. 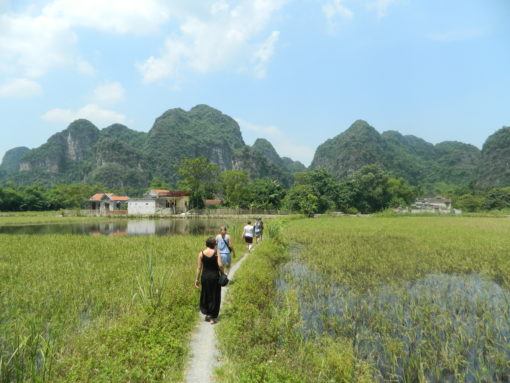 They call this ‘Halong Bay on land’ for good reason, just look at those views! Few things are as relaxing as a sampan journey through this beautiful scenery. As northern Vietnam’s largest wetland reserve, you might spot some of the area’s many residents, including 39 species of birds, reptiles, amphibians and fish.

With the ruins of Vietnam’s first capital (dating back as far as 968), a day exploring the ancient tombs and ruins of Tam Coc Town, just outside Ninh Binh, is the perfect outing for anyone with an interest in Vietnamese history.

The iconic image of Halong Bay’s evergreen islets bobbing atop turquoise waters has captured countless imaginations – climb aboard a cruise to sail through this magical karst scenery. It’s not uncommon for mist and fog to descend on the bay, but from the comfort of your teak liner, you won’t mind a jot. 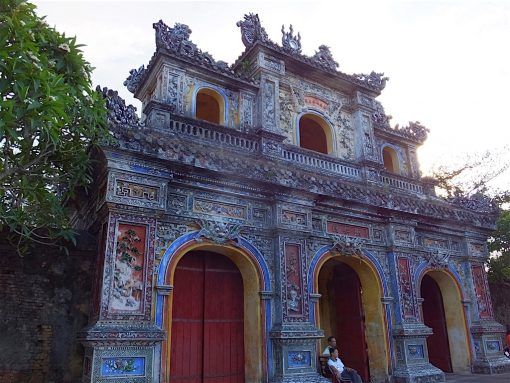 With a huge citadel, picturesque Old Town and the Mausoleum of Minh Mang, Hue is a haven for history lovers. See the best of it with a cyclo tour and a boat ride up the Perfume River to the Thien Mu Pagoda. 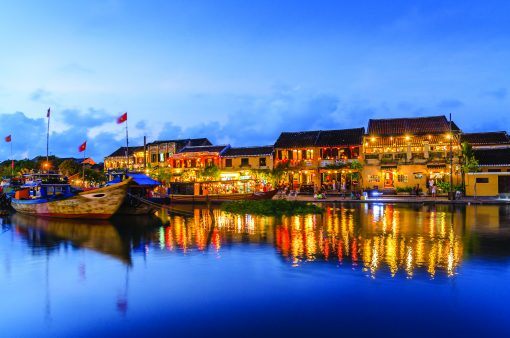 No trip to Vietnam would be complete without a stay in Hoi An – we’ve yet to meet anyone that hasn’t fallen under this port town’s spell. With a pedestrianised centre, the best way to take in the weathered architecture and laidback café culture is on foot. 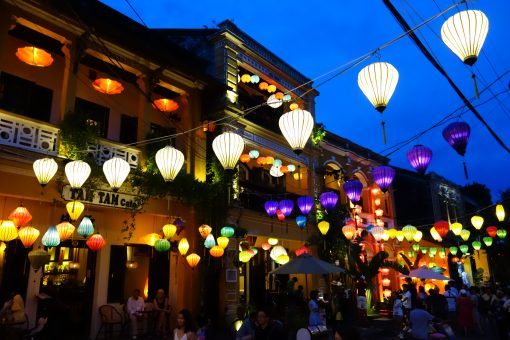 Spend a few days here and take a cookery class, see the lantern festival and consider getting a suit made at one of the countless tailors. 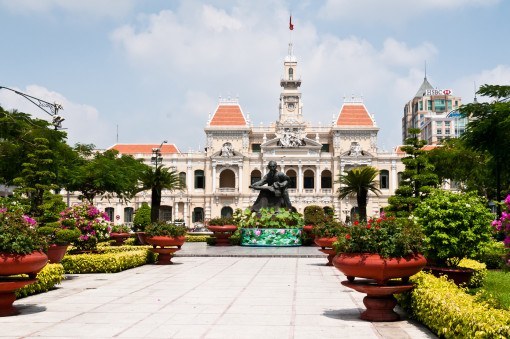 Ho Chi Minh City (formerly known as Saigon) is a metropolis with an eye firmly on the future – gleaming skyscrapers and swish boutiques line busy roads heaving with motorbikes – but it is still possible to get a dose of culture and history here. 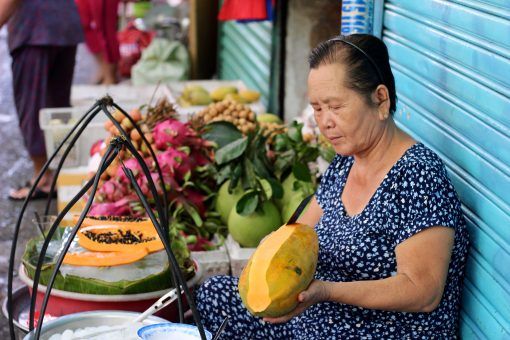 Visit the War Remnants Museum for a fascinating, in-depth look at the aftermath of the Vietnam War; head to Ben Thanh Market for all your souvenirs; and see vestiges of the French colonial presence at the old Saigon Post Office, Opera House and City Hall. 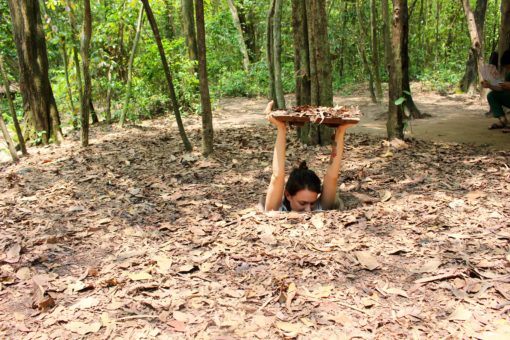 The Cu Chi Tunnels, 50km outside Saigon, are a remarkable network of underground tunnels initially built to hide from French forces during the First Indochina War, and later used by the Viet Cong during the Vietnam War. Despite being dark and dank underground, the tunnels proved incredibly effective during both battles. These days, part of the tangled jungle above ground has been set up for tourists to learn about the creation and use of the tunnels. A small section has even been opened for visitors to get a sense of the claustrophobic conditions. Despite being widened for tourists, it is still a squeeze! 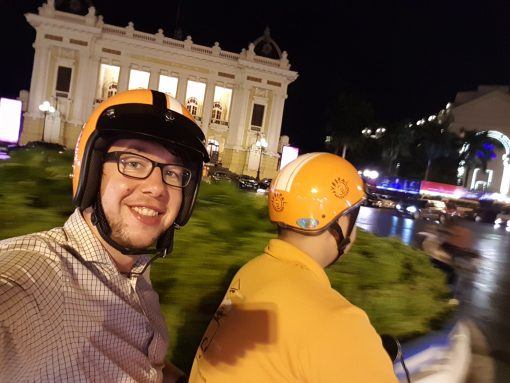 If there are two things Ho Chi Minh City’s not short of, it’s street food and Vespas. Join a local and combine the two with a thrilling (and delicious) Vespa street food tour.

Got a bit longer?

Head to the Mekong Delta 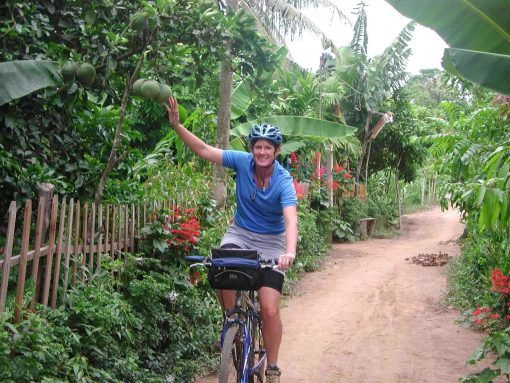 Swap the bright lights of the city for the laidback hum of the countryside in the Mekong Delta. Take a tour past rice paddies and coconut groves to some of the area’s small villages, learn about the area’s cottage industries and take to the mighty Mekong for a cruise.

Make the most of two weeks in Vietnam on our Highlights of Vietnam Small Group Tour or Classic Vietnam Fully Tailored Journey. Get in touch with our Southeast Asia travel experts to find out more.