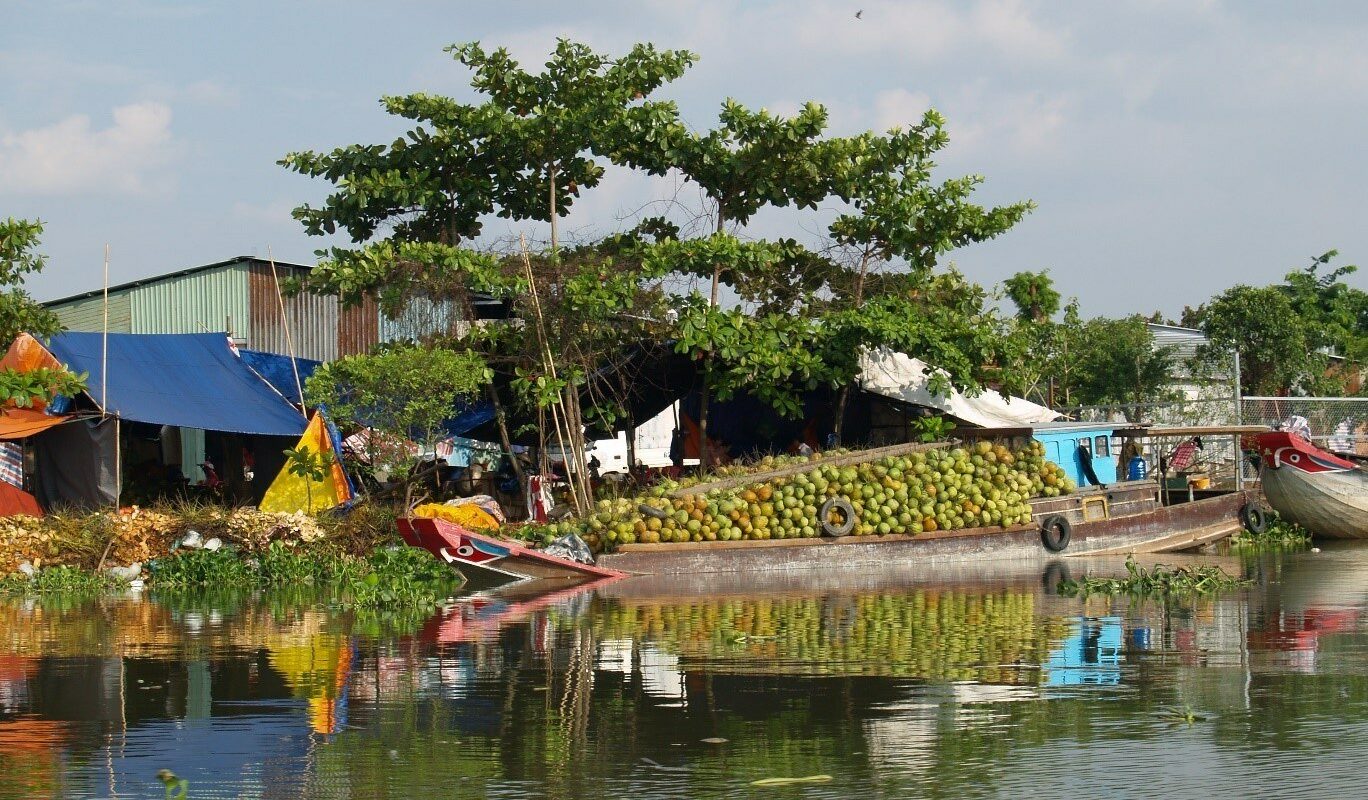 Having spent a lot of time in the city, travel consultant, Charlotte Bower thought she’d seen everything there was to see in Saigon. But on her latest trip she found secrets of the city waiting on the Mekong.

Although visiting Ho Chi Minh City for the fourth time, I was surprised to find a different side on a relaxing two-hour river cruise along the Mekong River. Starting at around 4pm, I boarded a small speedboat and began the slow journey upriver, out of the traffic-filled, beating heart of this busy city.

Rivers are important lifelines and major trade routes. As I left the city for the suburbs, the boat weaving through patches of lotus flowers, it wasn’t long before I saw evidence of this. In one area, I passed coconut processing factories with boats stacked with fresh coconuts, waiting to be unloaded.

We stopped at the Mieu Noi ‘floating’ temple, on an island in the Vam Thuat tributary to the Saigon River. This temple is well known in the area for its Chinese architecture with dragons spotted throughout the site.

According to legend, in the 18th century a local fisherman found a body in his nets, so he set up a shrine and buried her on the island. After falling into disrepair the temple was restored, complete with Chinese adornments, in 1989.

Binh Loi: Watch out for the railway bridge!

After the visit, it was time to head back downstream to get under the Binh Loi railway bridge in time. With only 1.5m of clearance at high tide, there are plans to replace this 112-year-old bridge, but for now boats have to pay close attention to tide times. The driver of my small speedboat was very familiar with the bridge, so we didn’t have any problems. But some of the larger boats had already missed their chance, having to wait a few hours for the water levels to drop and their journey to continue.

Back in the city, the clouds came just in time to obscure the sunset. But the city skyline from the water was still impressive, even for someone so familiar with it.

As was the mixture of old and new architecture, such as this church on the opposite bank of the river.

If I had stayed on dry land in District 1, I never would have seen it. While Saigon’s Notre Dame Cathedral is very famous, it is currently closed and under scaffolding for major renovation work so this church was a wonderful alternative to its contemporary. Two hours later I disembarked at the jetty, happy that even after four visits to Ho Chi Minh City there are still plenty of new and interesting sights to see.

Get in touch with our team to discover new ways to explore Vietnam.