Skip to content
Thank you for signing up!
Subscribe to our Newsletter
HOME » Blog » Exploring Champasak and the 4,000 islands

Spectacular scenery, ancient historical sites and traditional villages… Dylan gets to the heart of Champasak and the 4,000 islands in Laos. 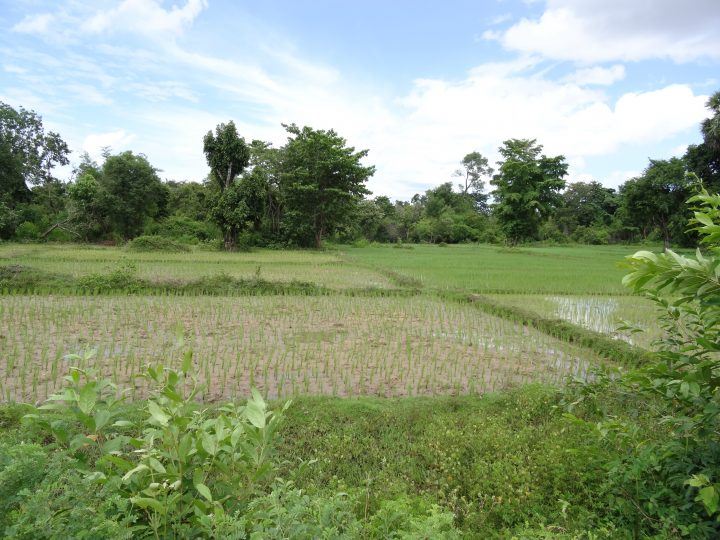 Life is lived at a slower pace in Laos, and nowhere is that more noticeable than in the rarely visited southern province of Champasak. The trappings of modern society can be found – there are lots of motorbikes, and football shirts of European teams can be spotted everywhere – but this area couldn’t be further from Western society.

Villagers in the local communities are self-sufficient with rice paddies, water buffaloes, and chickens, as well as fish in the mighty Mekong. Despite not having a lot, they would describe themselves as having everything they need. Everyone is extremely friendly – always smiling, waving and saying “sabaidee” (hello), especially in the remote locations away from the main city of Pakse and the township of Champasak.

Money is an afterthought here – if they have catch an extra fish they will take it to the market to earn money for medical fees, school fees or to purchase a boat for the family. But there is more of an emphasis on religion rather than taking for personal gain when there’s no need. 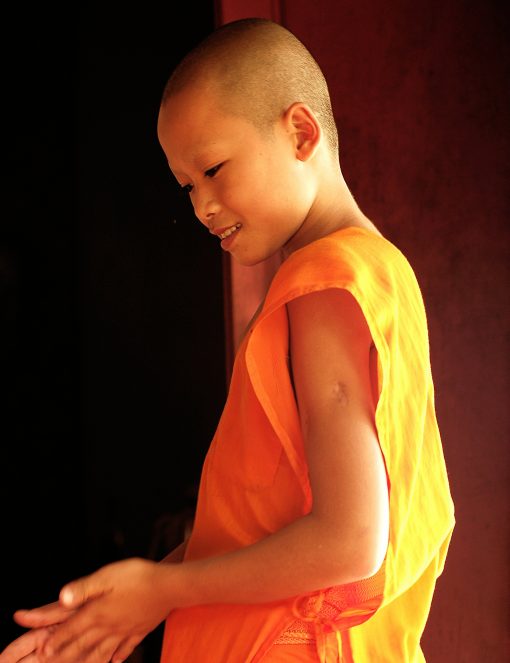 Over 95% of the population of Laos is Buddhist, and with monasteries offering free education, food and boarding, many young men train to be monks. Ancient religions in remote villages make up the other 5%; animism – the belief that animals, places and objects possess a distinct spiritual essence, or are animated and alive – is particularly prevalent. 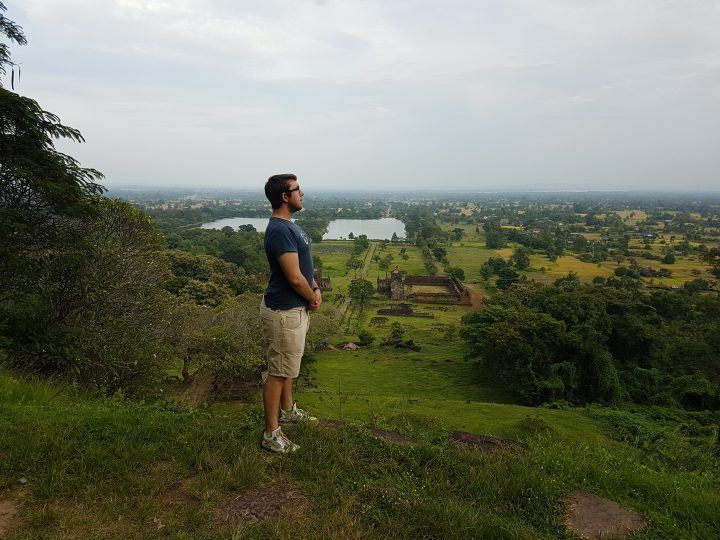 An excellent place to discover more about ancient practices and religion in Laos is ancient temple Wat Phou in Champasak. It’s a remarkable site built nearly a thousand years ago – before any form of engineering or machinery. Wat Phou was built before the great temples of Angkor Wat by the same early Khmer Empire. The empire covered Laos, along with other countries, with religious monuments – each serving as a reminder of the country’s rich heritage.

It’s well worth tackling the vast number of uneven rock steps to get to the top temple here, thought to be the area of the gods. In days gone by the top was an exclusive area that was inaccessible to the ‘common man’. Thousands of years ago a rock drain was created to direct a small stream down the mountain; this gave everyone access to the holy water, whether they were allowed to the top or not. Nowadays everyone can head up for an expansive view of the countryside, from here you really can see why it’s considered such a special place. 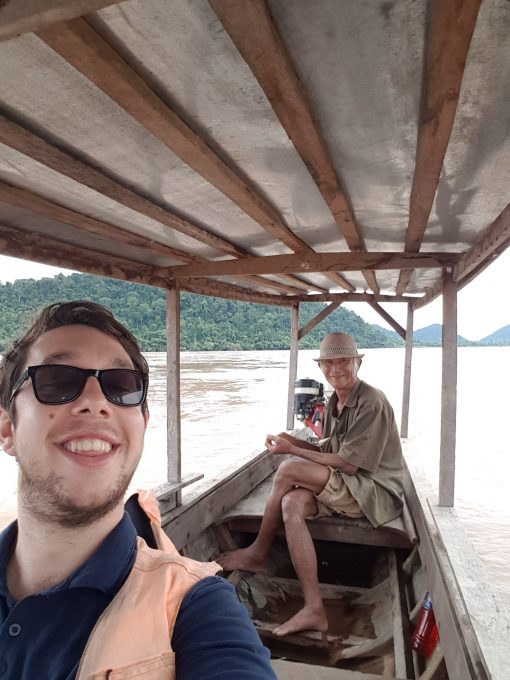 Just 2 hours south of Champasak Township, there’s an area known as 4,000 Islands. This section of the Mekong has thousands of little islands – most too small for people to live on – and stretches 14km wide. 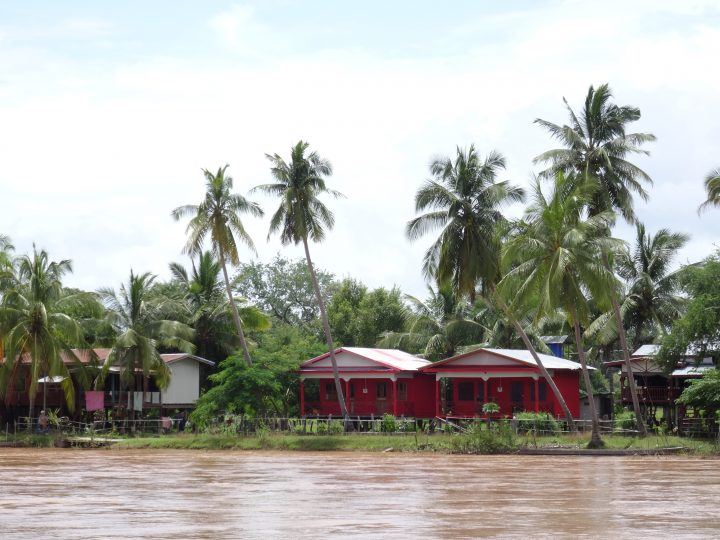 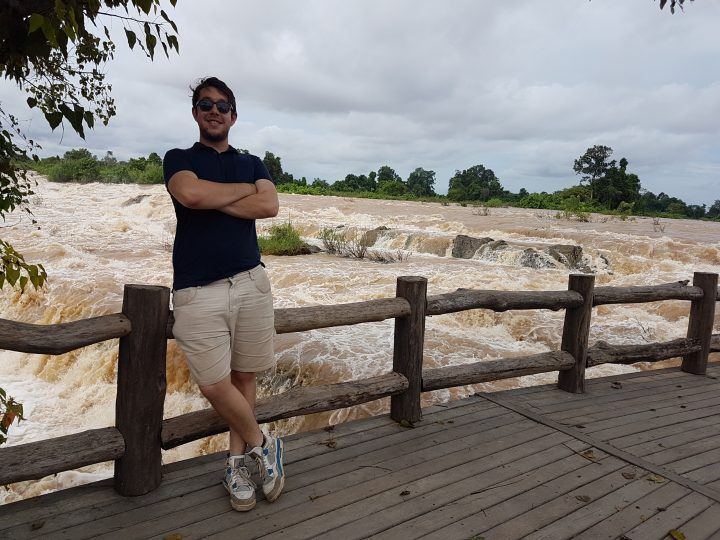 From here you can visit Don Khon Island, a special place that I can’t recommend highly enough. You can see the mighty Liphi falls (more of a river cascade than a waterfall but still very impressive), and the connecting railway that was built during the French Colonial era. It connects Don Khon and Don Det islands.

Most impressive of all, if you are lucky and patient you may well spot the very rare Irrawaddy dolphin. Considering that there are only seven in this area of the Mekong and 70 of these beautiful creatures left on the entire planet, this is a truly special experience.

Overall this area of Laos is a must-visit for anyone wishing to experience beautiful scenery in an environment that isn’t full of tourists… yet!

Take a look at our Laos Overland Fully Tailored Journey, or give one of our Laos experts a call to plan your perfect trip. 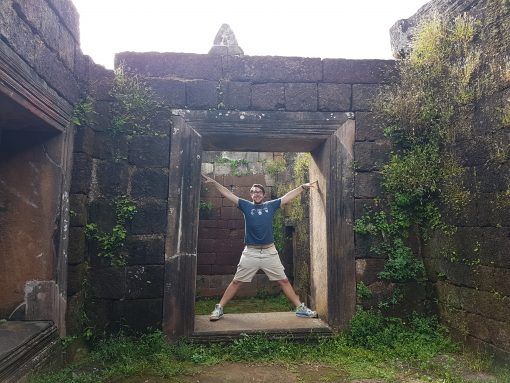