When we talk about cities in Vietnam, perhaps the skyscrapers of Hoi Chi Minh City or architectural wonder Hoi An might spring to mind. Have you heard of Da Nang?

This city, only a 45-minute drive from Hoi An, is on the up. It has the best of both worlds; there are polished modern hotels, trendy restaurants and a spectacular Dragon Bridge that snakes across the water in the city proper, but it’s also surrounded by glorious countryside.

Hike the Marble Mountains, snooze on the city’s beaches and book an after-dark tour to see the illuminated city by night.

1. Marble mountains – around a 20-minute drive or a seven mile walk from Da Nang 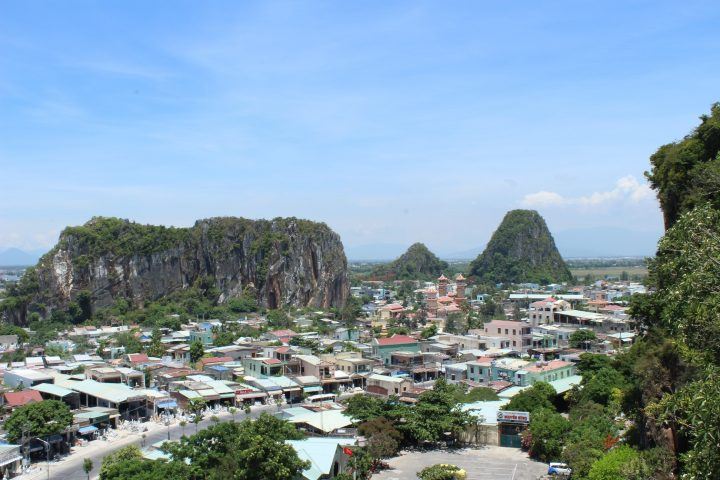 Standing high above a busy village with higgledy-piggledy houses are five imposing mountains, each named after a natural element. Thuy Son represents water, Moc Son is wood, Hoa Son is fire, Kim Son is metal and Tho Son is Earth. The craggy exterior of the mountains hide networks of natural caves, but only Thuy Son is accessible to visitors.

Don’t feel short changed by this one of five rule, there’s plenty on the ‘water’ mountain to keep entertained! First of all, there are 156 stone steps through weaving caves to the summit.

The other four aren’t looking so appealing now…

Greet the serene giant bright white Buddha at the entrance and stop for respite in the impressive pagodas along the way.

The caves are surprisingly vast inside and feel rather medieval, or like the set of a dramatic film, with just a few candles and the occasional beam of light creeping through crevices above. The short “Road to Heaven” ascent is for the more adventurous to get the best views from the top. You don’t need any special gear, but wear a pair of sturdy shoes! When you’re back on solid ground, explore Non Nuoc village to pick up a marble souvenir or two.

The views don’t get much better than this! After reaching the top of this rather impressive mountain, you’d be forgiven for thinking that you’d stumbled into the Loire Valley (gargantuan white Buddha outstanding). French colonialism left behind a small village of anachronistic chateaux-like buildings and villas. Its popularity was revived relatively recently with the arrival of a cable-car system to the top.

It’s largely sold as a resort, so don’t be surprised to see a roller coaster, golf course and a spa! Once up there though, you can take one of the six trekking routes, see the Toc Tien waterfall and spot rare flora and fauna. 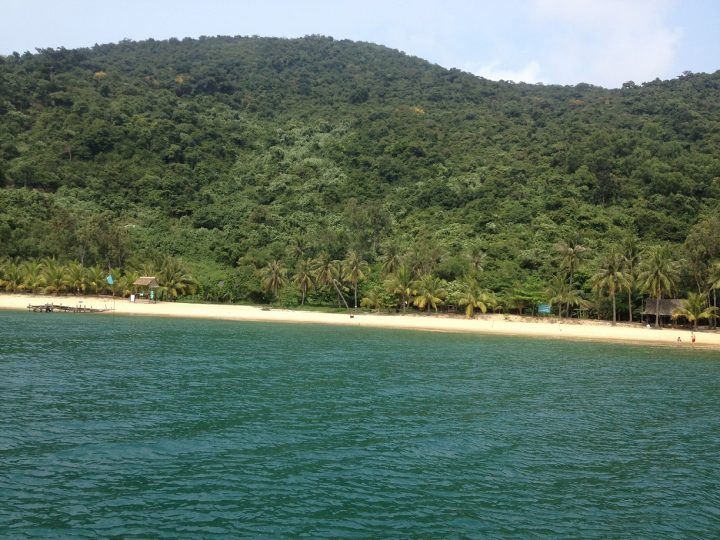 Ok, we admit that Cham Island, a biosphere of 8 islands, is closer to Hoi An… But it’s also very accessible from Da Nang and a great way to join a trip between the two cities.

If you’re in Da Nang during the dry season, Cham Island, around 35 miles off the coast, is a great place for an adventure. It can be a bit of a tourist trap, so we recommend either clambering aboard the public boat to get there alongside the locals from Cua Dai port or hiring a private speedboat.

The water is great for a spot of snorkelling and swimming (best between June and August). If heading to Cham Island from Hoi An, you can also rent a mountain bike to ride around the island – much of the forested terrain is steep, so get a good one with gears! If that sounds like a lot of hard work, you can also rent scooters on the island itself.

There is limited accommodation, but staying can be a good way to relax after day-trip tourists have left. It’s also a lovely opportunity for night-time snorkelling or fishing. For R&R, Xep Beach with its white sand and clear water is well worth scrambling down some boulders for. 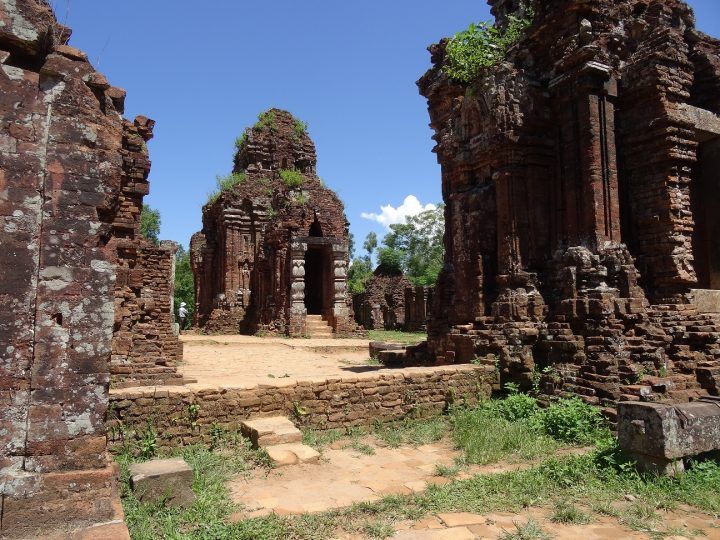 UNESCO World Heritage Site My Son is only an hour away by car from Da Nang or a scenic 25km cycle from Hoi An – cycle tour guides pick you up from your accommodation in Da Nang to take you to the start of the route. Cycle through quaint villages and past rice paddies until you reach the ruins. Again, this can be a great way to join up a trip to Da Nang with Hoi An.

Once at My Son, marvel at the impressive temple remains with bas-reliefs, stone pillars and religious iconography. These ruins of the former capital, the Champa Kingdom, incredibly date back to the 7th and 13th centuries.

5. My Khe Beach – Half an hour walk from the Song Han Bridge in the centre of Da Nang Hop across the Song Han Bridge in the city centre to visit My Khe beach. With warm water, white sand and sun-loungers a-plenty, it’s a lovely spot to while away the day. Adventurous types should give surfing a go here; there are companies set up for beginners and the experienced alike. Lifeguards are present and red flags are also raised when it’s not suitable to swim, but it’s always worth checking the surf forecast before you head out. Although the waves often aren’t huge, it is variable and there is a strong undertow. The beach isn’t top secret with a few resorts lining the fringes with restaurants, but there is 30km of coastline all the way up to Hoi An, so plenty of secluded spots to be found.

Take some time to visit Da Nang on our self-guided Classic Vietnam itinerary. Wend your way down the coast from Halong Bay to Hoi An before heading inland to explore the central areas down to the Mekong Delta. With plenty of flexibility, we’re happy to help tailor your trip to take in the best of this city. 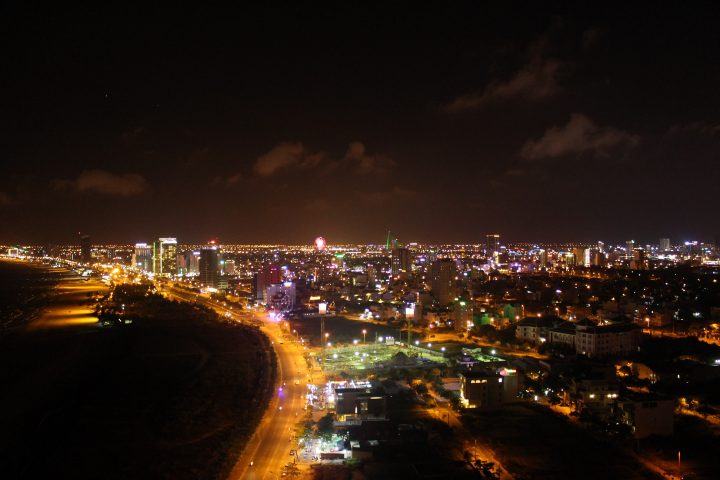