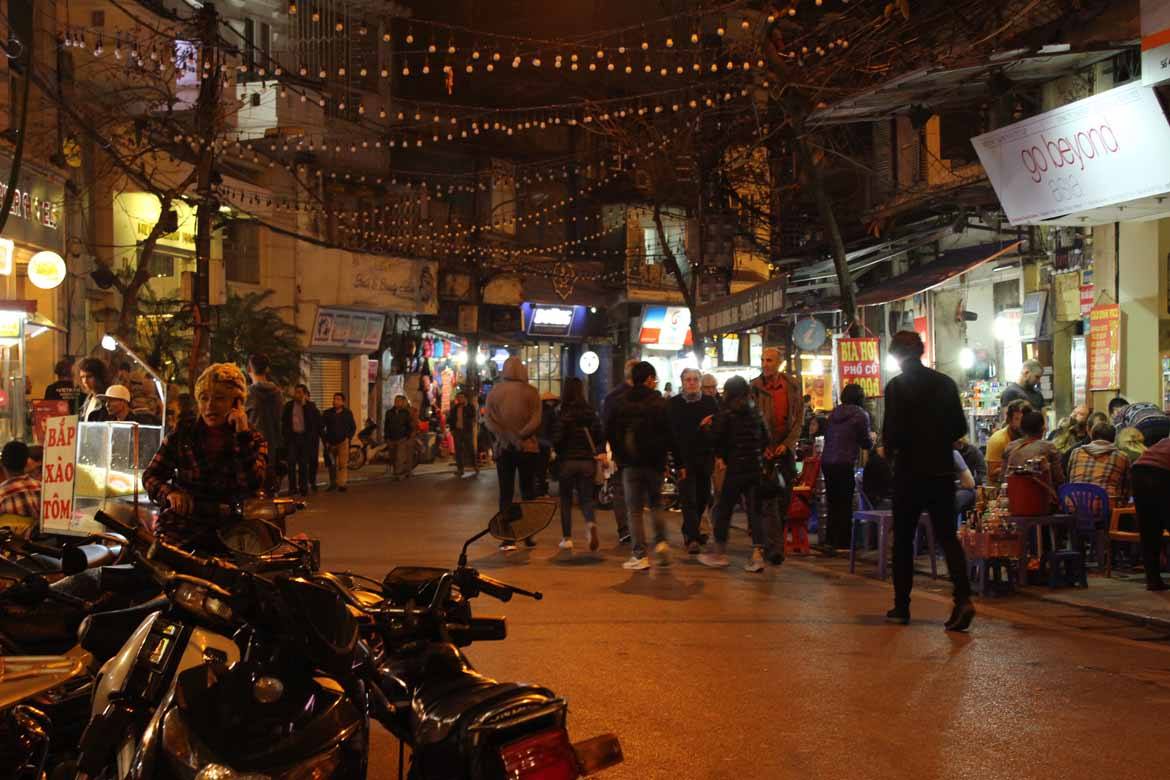 In with the old: Exploring Hanoi’s old quarter

Hanoi has been around for an awful long time. It’s been the capital of Vietnam since 1010 (excepting a period of 150 years, from 1802–1945), has been inhabited since at least 3,000 BC (yes, really!), and is probably Vietnam’s greatest repository of traditional art and culture.

Of course, it has changed a heck of a lot over the years, and the Hanoi we know today is very different from what it might have been in the 11th century – or even the 19th century, for that matter. It’s survived Chinese domination, French colonisation, industrialisation, the Vietnam War and the modern age. Right now, it’s going through massive changes as globalisation continues apace and technology changes the way we live.

Amid the rush of change, however, there’s still a little piece of Hanoi that refuses to be swept up in the madness, and which hopefully won’t be changing anytime soon: the old quarter.

Hanoi’s old quarter occupies a small area, called the 36 streets, located between Hoan Kiem Lake, Long Bien Bridge, and the old city wall. Local lore holds that this patch of land began life as a swamp – filled with snakes and alligators, by all accounts – before becoming a cluster of stilt villages governed by the Chinese.

By the 13th century, a few small workshops had evolved into thriving craft cooperatives, and skilled artisans were migrating to the area to become part of the local guilds. People moving in from the countryside brought their local traditions to the city, building pagodas, temples, patron saints and communal living spaces, and transforming the old quarter into a flourishing centre for arts and crafts.

Though Hanoi’s old quarter is no longer home to guilds of craftsmen all living together under one roof, the modern visitor can still catch a glimpse of the area’s creative heritage. For instance, most streets in the old quarter are named after the guild they once housed: Hang Bac Street means ‘street of silver’ and once produced silver ingots, jewellery, and currency, while Hang Dao Street means ‘street of silk’ and (as you’d expect) was the centre for silk production, dyeing, and trading. Other streets include Hang Be (‘street of bamboo rafts’), Cau Go (‘street of the wooden bridge’), Hang Mam (‘street of fish sauce’), Ma May (‘street of rattan products and sacred joss’), Hang Thiec (‘street of tin’), Hang Thung (‘street of barrels’) and Dong Xuan (‘market street’).

As beguiling as these individual histories are, this isn’t what you’ll find in the old quarter today. Craft workshops and small industries have been replaced by restaurants, hotels, schools, shops and mobile phone repair stalls – and few relics hint at the area’s former life. The elaborate roof of a market stall, for instance, might indicate that it was once a guild temple – or a shop selling mirrors and sheet metal might reveal its roots on ‘tin street’.

Things have changed, but that’s not to suggest that Hanoi’s old quarter has lost its charm – far from it. When I visited earlier this year, I was surprised and delighted by how much I liked it, and by how authentic it had remained despite development.

During the day, tall buildings tower above narrow, higgledy-piggledy alleyways, a tangle of electrical wires obscuring what little light filters down to the ground. Locals sit outside sipping Vietnamese coffee, vendors push their laden bikes between bustling cafés, and the streets are filled with delicious-smelling steam billowing from food carts selling rice bowls and spicy noodle soup. Birds twitter in ornamental cages strung between telegraph poles, conical hats bob amongst the crowds, and scooters nudge their way amongst food carts, rickshaws and pedestrians alike.

As interesting as the old quarter can be during the day, it’s by night that it comes into its own. Under the cover of darkness, the streets are transformed by coloured lights and lanterns as everybody crowds around low tables, seated on the customary red plastic stools as they tuck into the local specialities. The way to make the most of what’s on offer is to hop from stall to stall, sampling a spring roll here and a prawn fritter there, watching the world go by while washing it all down with ample quantities of bia hoi (freshly brewed beer). It’s actually cheaper than water – and I’m not kidding. As the evening goes on, continue your food-and-drink crawl from alley to alley, maybe grabbing a cocktail while you listen to live music one moment – then soaking it up with a warm baguette from a streetside cart the next.

Unlike some places I can think of (Bangkok’s Khaosan Road, for one, or Siem Reap’s ear-splitting Pub Street), Hanoi’s old quarter doesn’t feel backpacker-orientated; nor does it have the Disneyfied atmosphere that threatens World Heritage towns like Luang Prabang and Hoi An (as lovely as they are). It’s clearly a place loved by both tourists and locals; a living, breathing entity with plenty of dirt and imperfections – and bags of charm, character and life to go with it. It was one of the most pleasingly different and authentic places I visited on my most recent trip to Southeast Asia, and I’ll certainly be going back in a hurry the next time I’m there.

All of our Vietnam itineraries include a stop in Hanoi, and there are some great hotels in the old quarter so you’ll have no trouble exploring its night-time delights! Check out our Culinary Vietnam itinerary if you’re an independent traveller, or try our Highlights of Vietnam group tour.