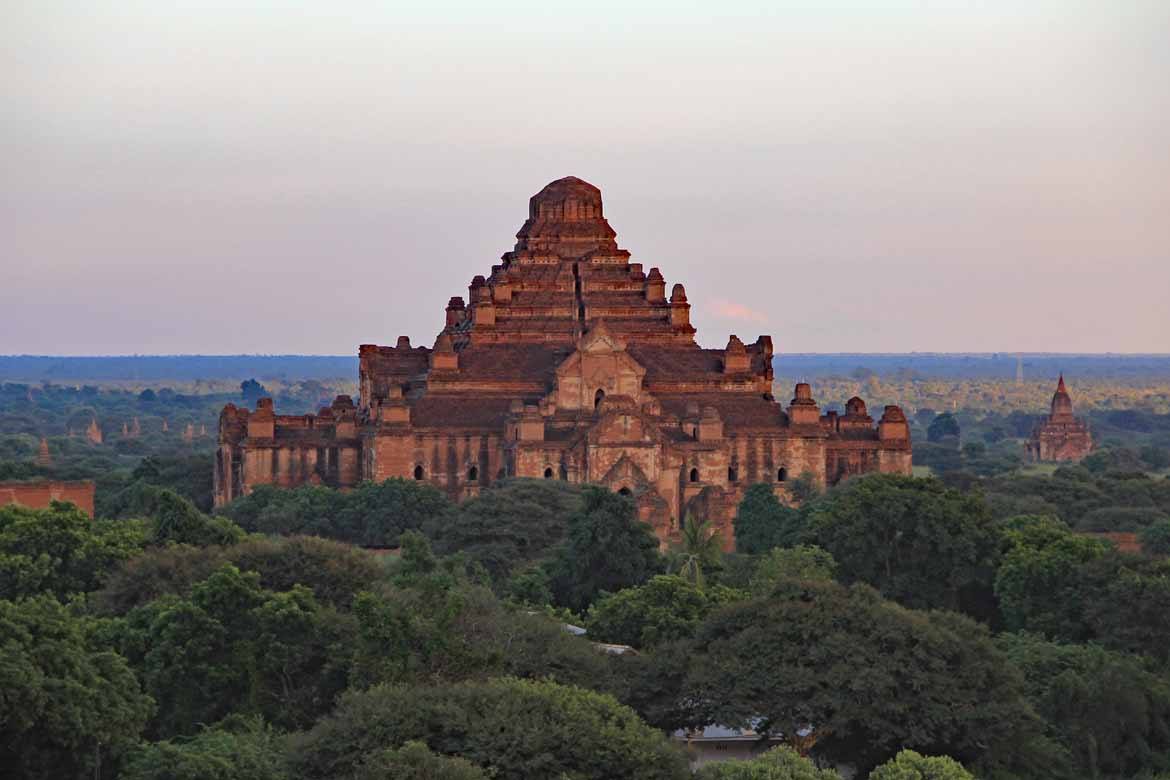 Is it safe to travel to Burma? A guide to Myanmar’s internal conflicts in 2016

18 months ago, we published a blog post entitled “Is it safe to travel to Burma? Ethics & unrest in 2015”. We wanted to acknowledge the ongoing troubles in Myanmar – from human rights abuses to regional conflicts – and address many of the questions our friends and customers had been asking us: was it safe to travel to Burma? And, equally as important to us, was it ethically sound?

More than a year since June 2015, Burma is still experiencing its fair share of troubles – and, as a travel company operating in Burma, we still believe that it is important to discuss rather than ignore them.

Our message has not changed since 2015 – it is safe, and ethical, for tourists to visit Burma – but in this post we’d like to dig a little deeper into just what is going on, and where, and why.

Ever since independence from Britain in 1948, Burma has suffered from a series of constant internal conflicts in various regions – often collectively referred to as the world’s longest-running civil war. Though the individual struggles have diverse and complicated factors, all ultimately have their roots social inequality and discrimination: long-persecuted minority groups fighting against a government that has systematically violated their human rights over a long period of time.

Even before independence, many ethnic groups had long-running enmities dating back generations – enmities that were only exacerbated by the British divide-and-rule policy, which gave preferential treatment to certain groups over others – especially if the group in question converted to Christianity. The British then abandoned the minority leaders they had promised to support, leaving those they had favoured to be persecuted in turn by their neighbours.

Not only this, but the only figure who might have been able to unify Burma’s ethnic groups – the much-loved General Aung San – was assassinated, along with most of his cabinet, before he could achieve the peace he wished for.

Many ceasefire agreements have been reached over the decades – not least the poorly-thought-through and soon-abandoned Panglong Agreement, which guaranteed secession to certain ethnic groups while leaving others stateless – but these have all fallen apart, and a nationwide ceasefire has never been achieved. The failure of such agreements has almost always been down to a failure to meet the goals and grievances of ethnic minorities that underlie all these conflicts.

For an excellent overview of the background of Burmese ethnic conflict, read this summary by Burma Link.

Is it safe for tourists to visit Burma?

In a word, yes. Burma is a large country, and the conflicts detailed below are localised – occurring only in regions that are either closely controlled or inaccessible to tourists. Most of the country is no more dangerous than anywhere else in Southeast Asia, and there have been no instances thus far of foreign tourists being caught in sectarian violence.

The British Foreign and Commonwealth Office gives clear advice to tourists, indicating which regions are safe, and how tourists should behave in order to avoid unnecessary trouble. We are very happy to continue sending visitors to Burma, and to continue visiting Burma ourselves, in 2016-17.

As to whether visiting Burma is ethically sound – we have long held the opinion that tourism can play a positive role in the development of Burma, not just by providing jobs and income for Burmese businesses, but also by raising international awareness of Burma and by putting pressure on the country’s military rulers to confirm to international standards. Of course, there is still a very long way to go before such aims are achieved – but progress has already been made, and we continue to feel that supporting Burma through tourism is the right thing to do.

For official government advice on travel to Burma, see the links below:

Background: In a nutshell

If you’ve been following the news with regards to Burma, you’ll probably have heard lots about Rakhine State – also known as Arakan. As we reported last year, Rakhine State is at the centre of a fierce conflict between the Rohingya people (Muslims who migrated to Burma from Bangladesh from the 15th century onwards) and ethnic Rakhine people (Buddhists who do not recognise the Rohingyas’ rights to citizenship). Rohingya people make up around 40% of the population of Rakhine State, though in northern Rakhine they constitute up to 80-98% of the population.

The conflict between Rohingya and Rakhine people has simmered away since World War Two, but only became widely known internationally in 2012, when a major clash between the two groups left 200 people dead and thousands homeless. Today, Burma’s Buddhist ultra-nationalists continue to vehemently protest any attempt to expand the rights of Rohingya, and, as we saw with last year’s white card scandal, they are usually successful.

In the Western media, sympathy lies squarely with the Rohingya, who have been persecuted for decades under the military regime, had their voting rights removed in 1982, and have been forced to live in squalid internment camps since 2012 without any prospect of becoming citizens. Many have tried to escape by sea, only to be turned away by all other countries in the region.

For more about the roots of the Rohingya problem, read this article in The Diplomat.

In October this year the Rohingya situation escalated as attacks by unidentified assailants were launched against guards on the Bangladeshi border, killing nine officers. Security forces reacted by setting up an armed “regional police” force staffed by non-Muslim civilians, while soldiers have poured into the region, conducting sweeps of Rohingya villages and barring humanitarian aid. The army claims to have killed over 100 suspected Rohingya “attackers” in the past month, but opponents accuse them of arbitrarily killing, raping, and razing the homes of civilians. Satellite images have confirmed the destruction of numerous Rohingya villages, and some Rohingya have fled across the border into Bangladesh – where many were turned away or shot by Bangladeshi border guards.

For detailed news about the Rakhine State conflict, see this dedicated news page by Al Jazeera.

What hope is there for the Rohingya?

Many hoped that Aung San Suu Kyi’s new government would speak out on behalf Rohingya after their election in November 2015, but the NLD leader has so far been reticent on the matter. Though she has been vilified by rights groups for her inaction, many think that Suu Kyi is quite right to be cautious about openly throwing her support behind the reviled minority – as such a move could inflame tensions, alienate her from the majority Buddhist population, and ultimately lead to a popular revolt against her administration.

It is clear that something must be done, however, and Suu Kyi has enlisted former UN secretary-general Kofi Annan to lead an impartial commission into the Rakhine State conflict – a move that was condemned by nationalists as unwarranted foreign interference – but welcomed as a glimmer of hope by the world at large.

For an analysis of how this might all pan out for the Rohingya, see this article from the BBC.

In accordance with FCO guidelines, we advise against all travel to Rakhine State – except to the beach area of Ngapali, which remains safe and continues to accept usual numbers of tourists.

Background: in a nutshell

The Kachin conflict began in the 1940s, when the Kachin Independence Organisation began to agitate for better representation and rights for minorities in Kachin State – Burma’s northernmost territory. Initially Kachin forces aligned themselves with the ruling Burmese military, but when General Ne Win repealed the constitution in 1962, they broke away to form the Kachin Independence Army.

Since then, Kachin State has functioned more or less as its own independent enclave, with an extralegal police force, fire brigade, education system and immigration department, all funded by a thriving illegal trade in jade and narcotics. A peace agreement was signed in 1994, which put an end to fighting until 2011 – when government forces broke the peace by launching a series of co-ordinated attacks against KIA strongholds. The fighting has created a humanitarian crisis in the region, and the Burmese military have been internationally condemned for human rights abuses in their handling of the conflict.

Shan State, meanwhile, is Burma’s largest territory, lying to the northeast and bordering Kachin, China, Laos and Thailand. Shan State’s grievances can be traced back all the way to the Panglong Agreement of 1947, brokered by Aung San and Shan leaders, which guaranteed the state the opportunity to secede from Burma after ten years. The agreement was never honoured by the Burmese government, which led the Shan minorities to rebel. Ever since then, Shan State has been the setting of almost constant fighting between numerous armed insurgent groups, displacing thousands of civilians from their homes.

After skirmishes in northern Shan State in February 2015, hostilities seemed to die down for a while. That was until earlier this month, when the Kachin Independence Army joined forces with three smaller Shan rebel groups in to conduct a surprise attack military and police outposts near the Chinese border.

This series of attacks represents a significant realignment of forces, as Kachin rebels had not previously participated in clashes in Shan State. Now, they have joined forces with the Myanmar National Democratic Alliance Army, the Ta’ang National Liberation Army, and the Arakan Army to fight against the Burmese military, while the Chinese Army is said to be on high alert, anticipating further fighting in the region.

To read more about recent clashes in Shan State, read this article from Reuters.

It all sounds rather scary – and for those caught up in the violence, it is – but the vast majority of Shan State is still peaceful and safe to travel in. You need not worry about visiting Inle Lake, for instance, and even as far north as Lashio you’ll have nothing to fear.

Kachin State, by contrast, is largely off-limits: while it’s completely safe to visit Putao, Bhamo, or Myitkyina (by air only), the rest of the state is closed to foreigners.

Though it is far from being a conflict zone, it is worth mentioning that Yangon has recently suffered minor bombings. On the 17th and 20th of November this year, there were three small explosions at Yangon supermarkets, however nobody was injured. No group has yet taken responsibility for the attacks, though it has been suggested by some that they were linked to the conflict in Shan State.

Yangon is far from Burma’s regional conflicts, and poses no greater risk to the tourist than any other world city. There is therefore no need to avoid Yangon, nor take more than the usual precautions when travelling abroad.

We hope that this blog post has given you a better understanding of the situation in Burma, and why it’s important that we continue to raise awareness of Burmese issues internationally. If you have any questions about Burma, or if you’re an Inside Burma Tours customer and you’re worried about your upcoming trip, please don’t hesitate to contact our team and we’ll be happy to talk to you.