Skip to content
Thank you for signing up!
Subscribe to our Newsletter
HOME » Blog » Move over Angkor: Ancient cities discovered in Cambodia

Last week The Guardian revealed an incredible new discovery in Cambodia: vast ancient cities to rival the great pre-industrial civilisation at Angkor. This is a discovery that will change everything archaeologists think they know about Angkorian civilisation – revealing that its true extent was far more substantial than was believed until now.

The Khmer Empire ruled Cambodia (and much of neighbouring Laos, Vietnam, Thailand and Burma) from around the 9th until the 15th century. In its heyday it controlled nearly all of Southeast Asia, commanded incredible wealth and power, and presided over a flowering of culture, art and architecture to rival that of anywhere on Earth at that time. Its most significant legacy, the great city of Angkor, is thought to have been the largest pre-industrial urban centre in the world, and the ruins of countless temples belonging to various cities still lie scattered across the country. (Read more about the history of the Khmer Empire here).

What last week’s discoveries reveal is that what we know is only part of the picture, and the Khmer Empire was even more immense than we previously imagined. 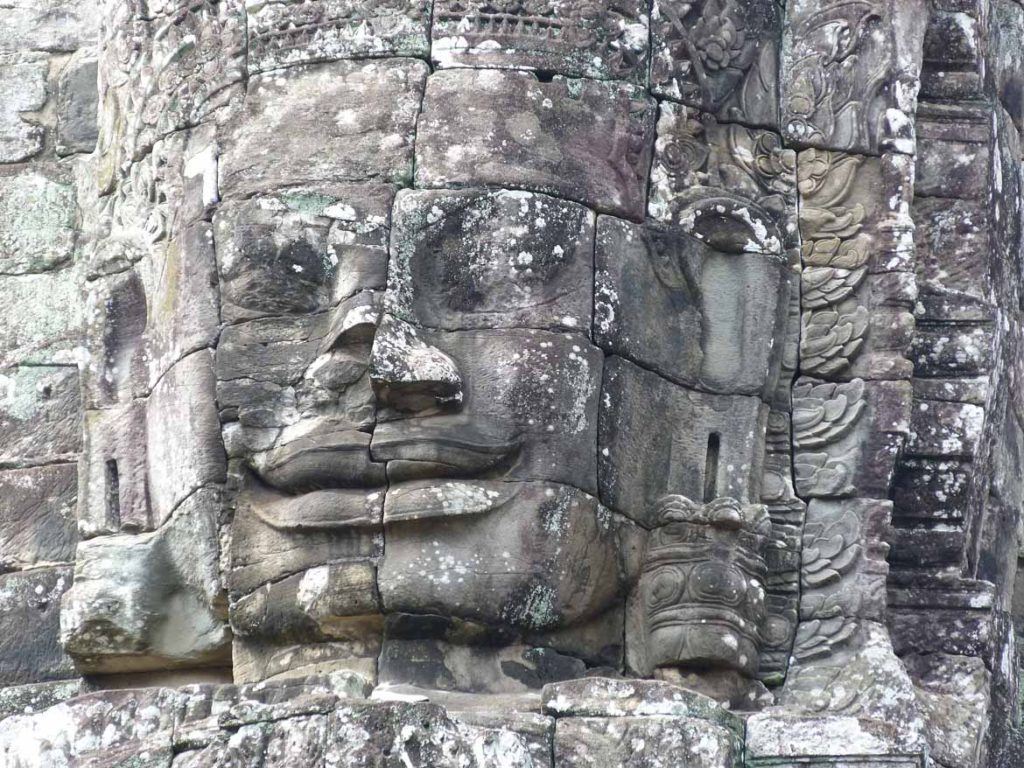 Using a technique called Lidar, or “light detection and ranging” (a kind of hi-tec, airborne, laser-scanning technology), Australian archaeologist Dr Damian Evans conducted a survey of Cambodia’s archaeological sites in 2012. “The unique capability of Lidar is its ability to basically see through vegetation and map the topography underneath the forest floor”, he explains, which allows archaeologists to build up an image of civilisations that have long since disappeared beneath forests and towns.

Evans’s 2012 survey revealed connections between temple cities like Beng Mealea and Koh Ker, and confirmed archaeologists’ suspicions of a lost city beneath Mount Kulen, but its scope wasn’t far-reaching enough to reveal all that lies forgotten beneath the land. Thanks to the success of the project, however, Evans was given the go-ahead to take another, larger survey in 2015 – covering nearly 2,000 square kilometres around various known Angkorian and pre-Angkorian sites. It was the largest aerial survey ever conducted by an archaeological project, and made some truly remarkable revelations.

What did they find?

Evans and his team discovered not one but several medieval cities, all thought to have been built between 900 and 1,400 years ago and including both pre- and post-Angkorian settlements. One of these cities, Mahendraparvata, was partially uncovered in 2012 – but its full extent was only revealed in the 2015 survey. Now, it’s clear that Mahendraparvata was about the size of modern Phnom Penh – surpassing Angkor as the world’s largest pre-industrial settlement.

The lasers also revealed some other things that were not apparent before now. As well as some strange geometric patterns that archaeologists were unable to identify (they think they may have been gardens of some sort), the lidar revealed an absence of any large settlements in the south of the country – putting paid to the theory that Angkorian civilisation failed as its inhabitants fled southwards from invasion, ushering in a dark age for the region. As Evans explains, “It calls into question the whole notion of an Angkorian collapse.”

How important is this discovery?

To archaeologists, it’s incredibly important. In terms of advancement of our knowledge of Angkorian civilisation it’s a veritable motherlode – perhaps the biggest discovery in a century – and Evans’s findings so far are only the beginning of what we might learn from these ancient cities.

It reveals that Angkorian civilisation was much more extensive than we previously imagined, and made use of a highly complex system of moats, waterways, reservoirs, dams, quarries and temples that have never been seen before. David Kyle, who was involved in the projects, explains that the “survey results have revolutionised our understanding and approaches. It’s impossible not to be excited. It facilitates a paradigm shift in our comprehension of the complexity, size and the questions we can address.”

The data collected by the survey will also help shed light on the post-Angkorian cities of Oudong and Longvek, which are currently being excavated in the south of Cambodia, and will challenge theories that Angkorian civilisation was followed by a dark age.

To learn more about the Cambodia Lidar Initiative, you can visit their blog. And if you’re interested in visiting Angkor and some of Cambodia’s lesser-known temples, check out the Hidden Temples of Cambodia itinerary on our website.