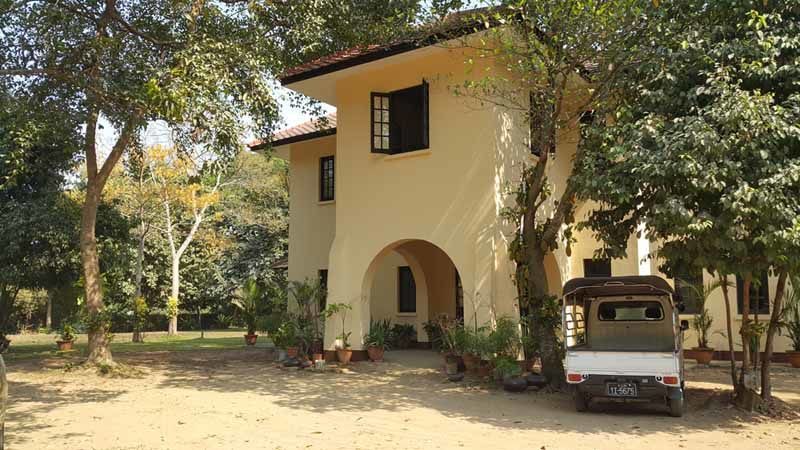 Profile in power: U Thant

What with all the furore surrounding Aung San Suu Kyi – practically the patron saint of modern Burma – one would be forgiven for assuming that Burma had no other sons or daughters worth mentioning. But this is not so, as the opening of U Thant’s former Yangon residence to the public has given us occasion to remember.

U Thant, who died in 1974, was a very distinguished Burmese personage indeed, having served as UN Secretary-General from 1961 until 1971 – the first non-European to hold the post. In this role, he enabled negotiations between America and the Soviet Union, helping in no small way to defuse the Cuban missile crisis; played a key role in ending the civil war in Congo; opposed apartheid in South Africa; established most of the UN’s development and environmental agencies; and was an outspoken critic of US conduct in the Vietnam War.

Well known and liked for his calm, self-effacing manner, he habitually declined to receive awards – but nevertheless was selected to receive the Nobel Peace Prize (to which he responded that it was all in a day’s work – or words to that effect), won the 1965 Jawaharlal Nehru Award for International Understanding and the 1972 Gandhi Peace Award, gained 24 honorary degrees, and was the first UN Secretary-General to retire without having fallen out with any of the world’s big powers. He described his retirement as a “great sense of relief bordering on liberation”, and lived out the rest of his days in the Bronx, continuing to advocate the development of a true global community.

U Thant died of lung cancer in 1974, but unfortunately his interment was the source of some controversy. General Ne Win and his military government disliked U Thant’s popularity with the Burmese people and his ties with the former democratic government, so they refused to honour him with a state funeral. The only official to turn up to receive U Thant’s remains on their arrival from New York was subsequently dismissed from office.

If Ne Win thought that if he closed his eyes U Thant would go away, he was mistaken. Tens of thousands of people turned out for the funeral procession through Yangon, and while on display his coffin was dramatically hijacked by student protestors, who buried it and erected a tomb on the site of the Rangoon University Student’s Union (Ne Win had dynamited it in 1962. Ne Win tended to dynamite stuff he didn’t like). Obviously this didn’t go down too well, and the military stormed the university, removing the coffin and killing several students. This in turn sparked riots in the streets of Rangoon, which were duly quashed.

Though they may have suppressed the uprising that attended his burial, Ne Win’s junta never succeeded in removing U Thant from the public affection, and he remains a highly respected figure in Burmese society today. It was his daughter, Aye Aye Thant, and grandson, Thant Myint-U, who decided to turn his former residence into a museum – a project that has been underway since 2013.

Now, for the first time, visitors will be able to visit the property – a leafy, green plot near Yangon’s Inya Lake, where U Thant lived when he was secretary to the prime minister. Inside the building is an exhibition consisting of photographs, text, and audio-visual material, where history buffs can learn about the life and work of Burma’s most internationally influential individual.

Entry to the museum is free (although a donation of 5,000 kyat per person is recommended), and it is open from 10am to 5pm on Friday, Saturday and Sunday.