Skip to content
Thank you for signing up!
Subscribe to our Newsletter
HOME » Blog » Burma election update: The results so far

If you’ve had half an eye on the news recently, you may well have noticed that something kind of big is happening in Burma.

On Sunday 8th November, Myanmar held its first openly contested general election in 25 years. For a country that is renowned for its repressive regime and has lived under an oppressive military dictatorship for half a century, this could be very big news indeed.

Could? Why only “could”? Well, as we reported in July, Burma doesn’t exactly have the best track record when it comes to elections. The 2010 election, in which the military’s Union Solidary and Development Party (USDP) swept to a highly improbable victory, was boycotted by Aung San Suu Kyi’s National League for Democracy (NLD) and dismissed as fraudulent by the rest of the world. The time before that, in 1990, the NLD won a landslide victory but were prevented from taking power by the junta, with their leader placed under house arrest for the better part of the next 20 years. Prior to that, the country had been under military rule without elections for 30 years.

So what happened this time?

Polling occurred surprisingly smoothly on Sunday, with no major upsets or controversies whatsoever. So far so good.

Ever since polling closed, everyone seems to have been falling over themselves to declare victory for the NLD. Several major Western news sources prematurely announced the NLD’s victory on Monday (well done guys), and the party itself unofficially announced that it had taken around 82% of the vote on Tuesday.

It could take up to three weeks for all the results to be confirmed and an official announcement made, but it seems that the NLD have done enough already to ensure their victory. By now, even President Thein Sein has issued his congratulations to the NLD, promised a smooth transfer of power, and agreed to “national reconciliation” talks with Aung San Suu Kyi herself. 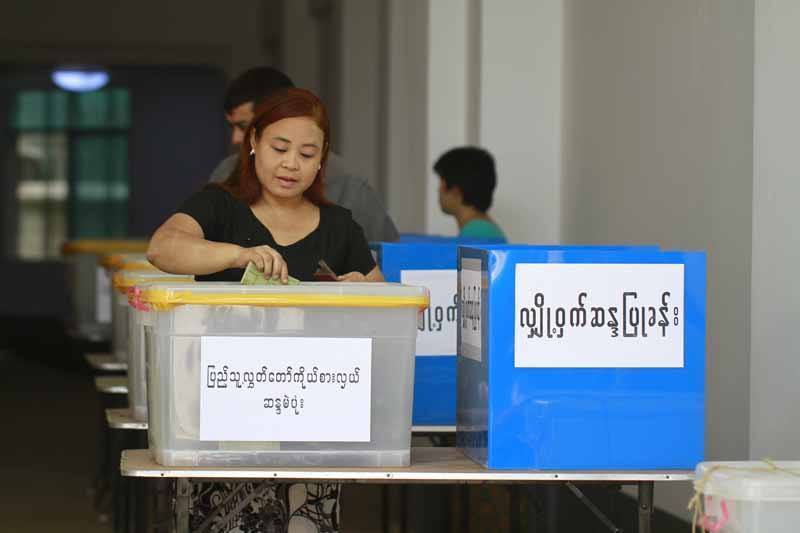 What do the NLD need to win?

Though these elections are being touted as the fairest ever to have occurred in Burma, they are still far from fully open. 25% of the 664 seats in the Pyidaungsu Hluttaw (Burma’s governing Assembly of the Union) are reserved for the military, while 7 seats have been struck out due to regional instability in Shan State. This means that 491 seats are up for grabs, and the NLD need at least 329 seats to ensure they control the passage of laws and decide who will be president.

If the NLD win, will Aung San Suu Kyi be the next president?

Under current Burmese law, Aung San Suu Kyi is constitutionally barred from the presidency because her children have dual nationality (take a wild guess at who made up that law). If the NLD are to have a chance to change the constitution to allow her to become president, they will need to win a much bigger majority – at least 75% of the available seats, plus one sympathetic military representative.

Where do we stand now?

At the time of writing, about 36% of results have been declared, and the NLD has won 345 seats – a whopping 83% of all the seats that have been declared so far. The USDP, meanwhile, has won just 29 seats, or 7% of those declared. As more results come in from rural areas this ratio may shift somewhat in favour of the USDP, but it is highly unlikely that it will make much difference to the NLD’s mammoth lead. In short, things are looking good!

We’ll be keeping our eye on the news as it breaks and return with another update soon! To read more about “The Lady” and her history, check out our blog post from earlier this year.