Skip to content
Thank you for signing up!
Subscribe to our Newsletter
HOME » Blog » 5 fears about travelling with kids

The thought of travelling long-haul with children is daunting for any parent, and inevitably raises a number of questions and fears. Will they eat the food? Will they behave themselves on the flight? Will they be safe? For most parents, these fears spell the end to international travel with kids before they’ve even begun.

Here, we’ve tried to allay a few of the common fears that beset travelling parents…

The flight will be horrible

As the most daunting aspect of the holiday for most parents, The Flight thoroughly deserves its capitals. How bearable or unbearable The Flight is largely depends on your children – and only you can really know. If they’re generally well-behaved(ish), it will probably be better than you expect. If they’re little [email protected]!#s, well… I’m sure you can imagine.

There are ways to make The Flight better for yourself, no matter how well or badly behaved your kids are. An excellent tactic for little children is to bring a few little wrapped-up presents (toys, books, games, films, etc) to keep them distracted. When they get bored of one, produce the next – and voila! Not a peep.

Be sure to get bulkhead seats so that you have extra space in front of you (and those little kicking feet don’t make you any enemies), and bring plenty of snacks for hungry tummies. I’ve even heard some people recommend that you bring gift cards to present to your long-suffering travel companions in case of a toddler meltdown, though I’m not sure I’d go that far.

And if it does all go wrong, just pop your earplugs in and remember that everything must come to an end… 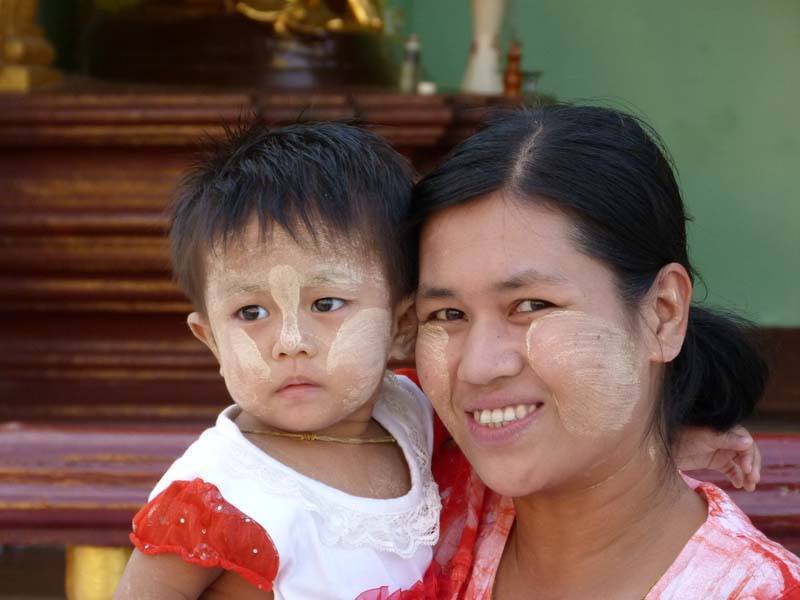 They won’t eat the food

Another common fear is the food. Again, the extent to which this is a problem will depend entirely on the fussiness of your own kids, but there are some general points for all parents to keep in mind.

Whereas Western-style food such as pasta, pizza and burgers is widely available in most parts of Asia these days, it is rather more sparse in Burma. Some big hotels and cities will have tolerable options, but in general it’s not a case of being able to pop to the supermarket and stock up on biscuits. Plain white rice is readily available as a backup, but it is wise to bring an emergency stock of snacks from home if you know that your child is particularly fussy.

They won’t be safe

Burma is an exceptionally friendly country; there is relatively little crime, and foreigners are rarely harassed. The “friendly local” is a particularly vomit-inducing cliché, admittedly, but the lack of mass tourism in Burma means that foreigners are still rather a novelty, and the Burmese people have not (yet) become jaded toward tourists in the way you’ll find in places like Thailand. You will find everybody willing to help you – especially if they see you have children – and you might even feel as though you’re travelling with a tiny celebrity at times. In short, there is not much to worry about in Burma.

Health is another concern, of course. Don’t expect the same level of sanitation and cleanliness on the streets of Yangon as you would in London, for instance, but your child is very unlikely to catch any horrible diseases in Burma. In addition to your routine vaccines, Hepatitis A, Typhoid, Diptheria and Tetanus vaccines are usually recommended for travel to Burma. If you are travelling outside Yangon or Mandalay, malaria tablets might also be recommended. It is important to discuss this with your doctor well before you travel, as some vaccines cannot be given to children under a certain age – or may be administered using a different method. 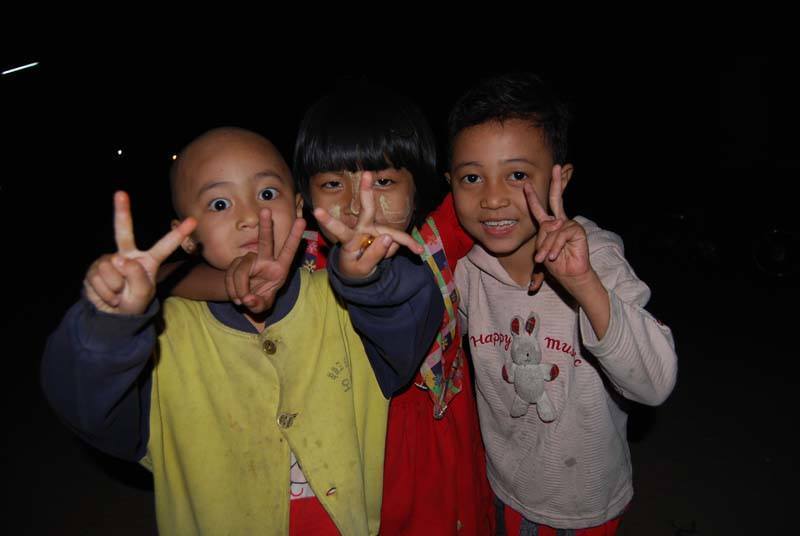 This is a very common reason that parents decide not to take their children away with them. There’s so much I want to see, what if they have a tantrum and I miss out on something I’d love to do? I’ve always thought that taking this attitude is like not entering a competition because you’re afraid you might lose. Yeah, you might not win, but you definitely won’t win if you don’t even enter. The same applies to kids and holidays. 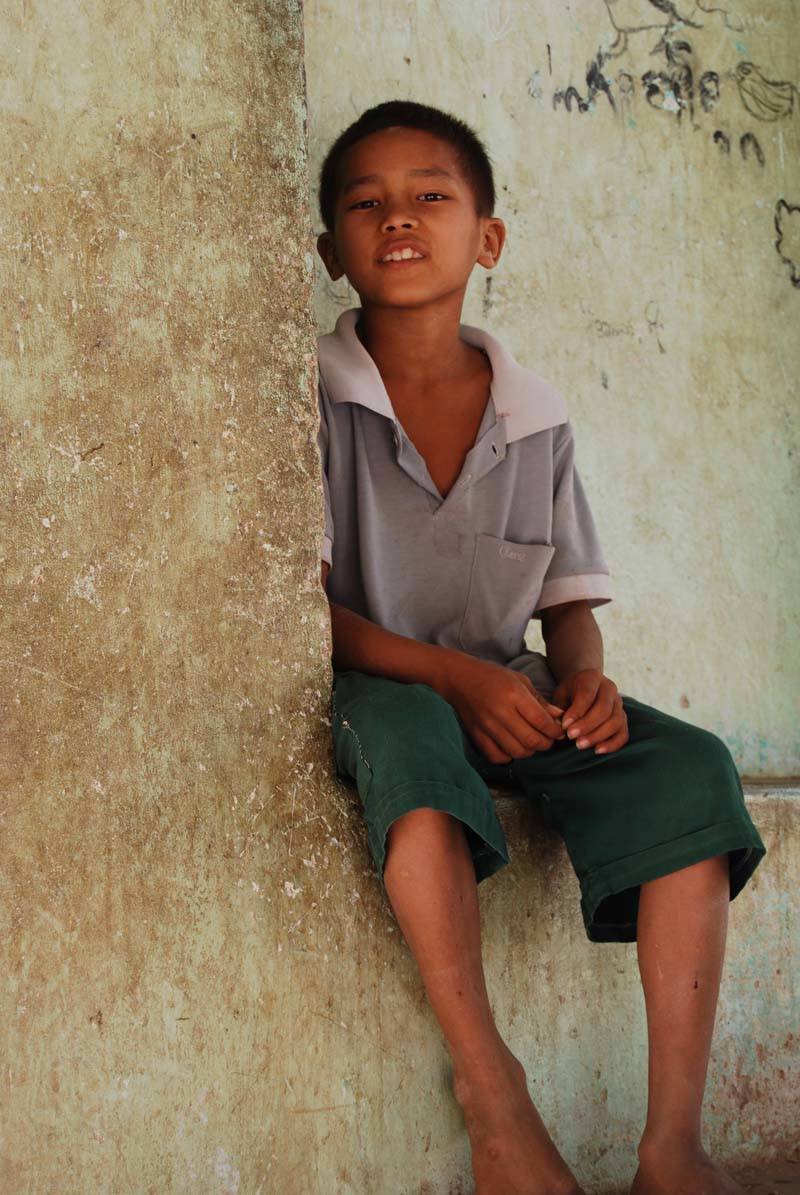 They won’t remember it anyway…

Pshaw. I remember plenty from my family holidays as a child! In fact, I remember more about those than I do about what I did last week. Very young children may not remember much about their earliest holidays, but they’re soaking up experiences the whole time, giving them a thirst to know more about the world around them. As InsideAsia’s Jim Mundy will tell you, little Max Mundy (star of Baby Loves Tokyo) doesn’t remember much from his trip to Japan at just-under-two, but he still loves to talk about “when I was in Japan” and ask questions about what happened. There’s more to travel than being able to give a blow-by-blow account of it five years later.

Travelling with your children is a hugely mind-expanding, thoroughly educational experience that will encourage your child to develop an interest in other cultures, and a desire to learn more. Sure, they probably won’t remember all of it, but you’d be surprised at how much they actually do soak up – even the littluns.

Give travelling with kids a chance and you won’t regret it, we promise. Check out the family section of our website for some more ideas, or pick up the phone and chat to one of our consultants and they’d be glad to talk through the benefits of family travel with you.