Skip to content
Thank you for signing up!
Subscribe to our Newsletter
HOME » Blog » Hoi An Lantern Festival: 2016 dates As you’ll certainly know if you’re a regular reader of our blog, we love Hoi An. The ancient, UNESCO-registered port town in central Vietnam boasts a beautiful colonial town centre, glorious beaches, some of the country’s finest cuisine, oodles of relaxing riverside cafes, lovely countryside, the ancient ruins of My Son – and since 1998, the famous and much-loved Full Moon Festival (AKA Hoi An Lantern Festival, or Ancient Town Night).

For the Vietnamese, the night of the full moon is a time to pay your respects to your ancestors by making offerings at family altars and burning lucky (fake) $100 bills to bring in luck and prosperity. Monks hold candlelit ceremonies at temples, and fishermen pay tribute to the goddess of the sea. 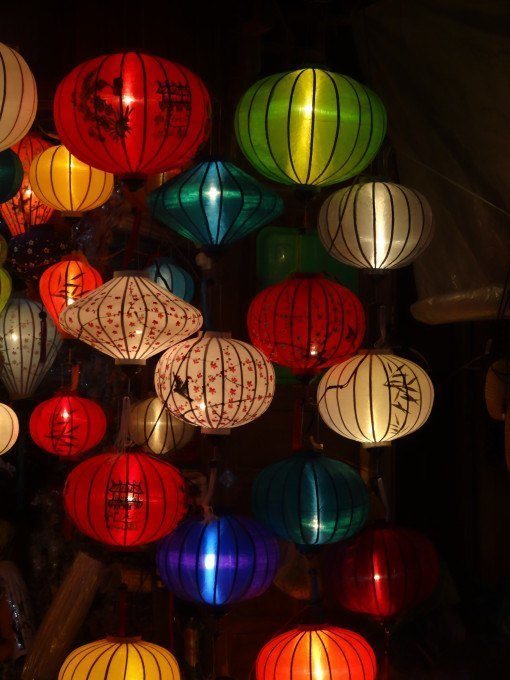 On full moon (the 14th day of every lunar month) for the past 17 years, the streets of Hoi An have switched off their harsh, fluorescent lighting, been closed to traffic and replaced street sellers and mopeds with colourful lanterns, candles and traditional music, taking the old town back to yesteryear. The streets on this night are packed with both Vietnamese and foreign visitors who flock to the town to join in the festivities, playing traditional games, eating delicious vegetarian festival food and buying little cardboard lanterns with candles inside to float on the river – said to bring luck, happiness and love. Another popular activity during the full moon celebrations is to take a ride in a little sampan boat – a great way to get away from the crowds and see the festival from a different perspective. 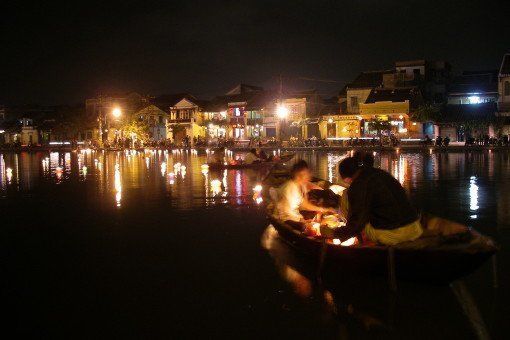 In January this year, The People’s Committee in the central province of Quang Nam, where Hoi An is located, announced that the formerly once-monthly festival will now take place every fortnight (on both full moon and new moon) – and have discussed the possibility of upping this to once a week, depending on attendance. 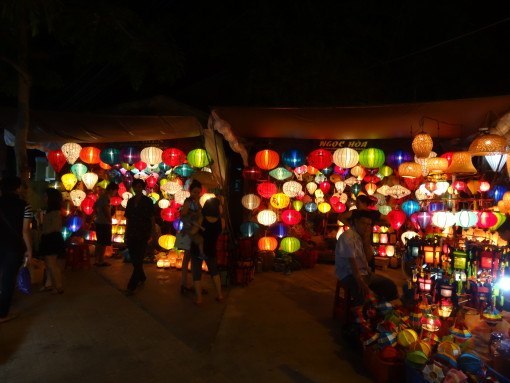 Hoi An’s Office of Trade and Tourism reported in October last year that the city saw a 263% increase in visitors and hotel bookings around the time of the Full Moon Festival, so the new move to double the celebrations will capitalise on this spectacular success, bringing in more tourist dollars for the community and local businesses.

Good news, you might assume. But is more really more when it comes to these traditional events? Increasing the number of festivals to cater to tourist demand may reduce crowds a little and help distribute tourist business more evenly across the month, but isn’t it a step too far? Doesn’t it rob a little of the magic of the night, commodifying ancient customs for the entertainment of visitors?

For us, the jury’s out on this one. Tell us what you think in the comments below! 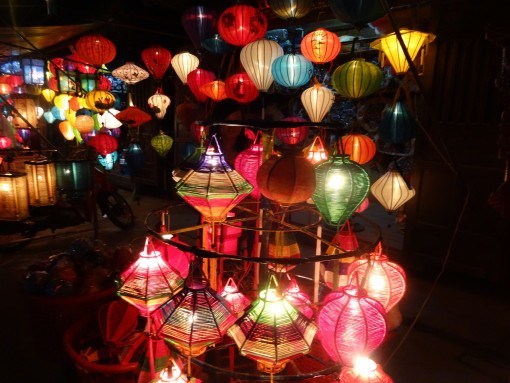 Since the announcement in February that the Hoi An Lantern Festival is to take place twice per month, no new dates have been confirmed – and it seems doubtful that the new programme will actually come into effect in 2015. We will keep you informed of any developments!

But do not despair! Though the festival is not officially happening twice per month, it seems that these days the festival atmosphere, party games, night markets and lanterns are a feature of every night in Hoi An – so you will certainly not be missing out if you can’t make it for any of this year’s dates.