Skip to content
Thank you for signing up!
Subscribe to our Newsletter
HOME » Blog » Hue and the Thien Mu Pagoda

Hue was a lovely surprise. A big city with a relaxed small town feel perhaps thanks to it’s huge student population. Coming from Hanoi, the roads here are one hundred times calmer and despite the rain, it was great to see some of Vietnam’s most important historical sites. 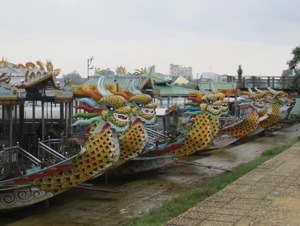 This morning we hopped on a dragon boat for a short trip down the Perfume River from the city centre. 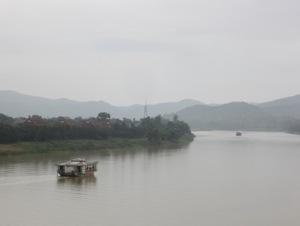 Our destination was the charming Thien Mu Pagoda, the oldest pagoda in the city founded in 1601. 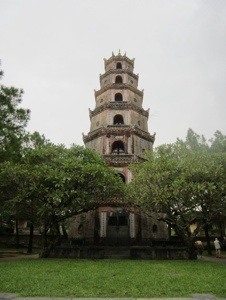 Legend has it that Lord Nguyen Hoang, on his way from Hanoi to govern the southern territories, met an elderly woman who told him to walk east along the river carrying a smouldering incense stick and to build a city when the incense stopped burning. 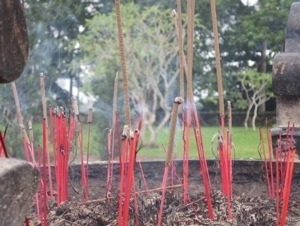 Believing the woman to be a messenger from the gods, Lord Nguyen Hoang built the pagoda in her honour which is why Thien Mu translates as ‘pagoda of the heavenly lady’. 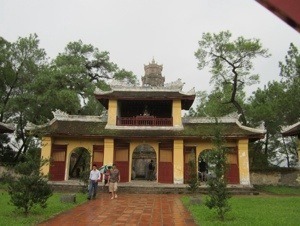 The pagoda is a lovely scenic spot where a gentle breeze comes off the Perfume River. 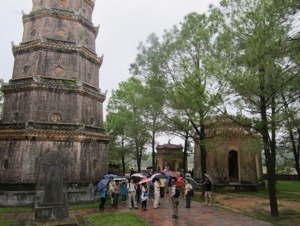 Many young monks are schooled here and you’ll most likely see some of them wondering the pagoda grounds among the flowers, dragon fruit vines and lily ponds. 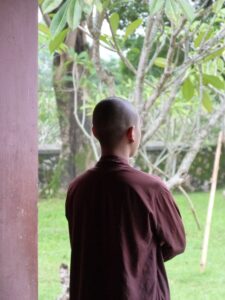 The most internationally famous monk from Thien Mu is the Venerable Thieh Quang Duc who drove to Saigon in 1963, got out of his car and sat in the cross- legged lotus position on the ground and meditated while fellow monks doused him in petrol and set fire to his body. The ritual suicide in protest against the anti-Buddhist regime of President Diem captured news headlines around the world. 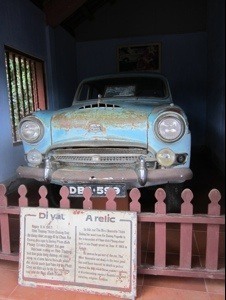 The monk’s pale blue Austin car is now on display at the Thien Mu Pagoda along with pictures of the event. 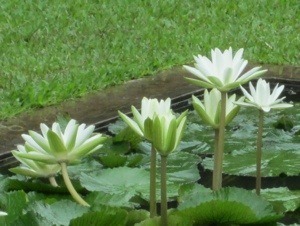